One Moment! Observations on the exhibition of works by Gábor Palotai

One moment – we hear the waiter say, and in a good case scenario our order is swiftly brought out. One moment – we exclaim as we take a photograph or make a selfie or participate in some similar kind of social media act. One moment – I say, almost whispering to myself, and I remember what I should have said during a debate, what would have been the right argument, which should have come to mind sooner. One moment – I say, now really entirely to myself in this empty room, for the sunlight is casting the shape of the windows on the walls and this is a moment when everything is filled with a “reddening pain flowing down the walls” feeling of nostalgia and ephemeralness. I think I should take a photograph of this moment … (as I’m hungry for the likes – I admit at this very moment.) 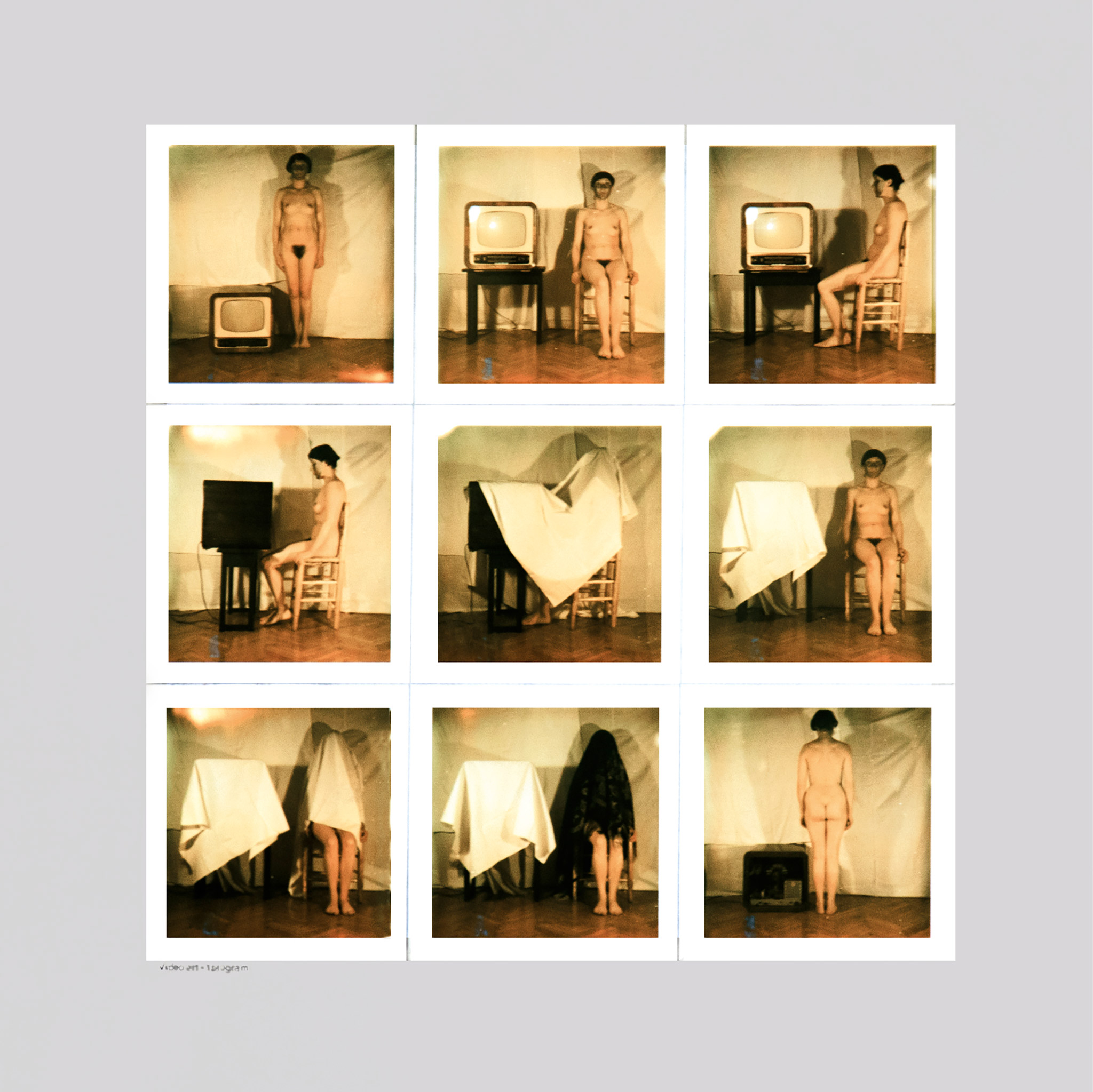 Once upon a time, there were moments that Gábor Palotai* recorded on film negatives. He did this between 1977 and 1980. These photos were made for the most part with a shutter camera. The shutter moves vertically, similarly to a window roller-blind (shutter), to allow the image of reality to be exposed for a moment on the film, very much like when we open our eyes for a moment and immediately shut them. At that time, the simplest way to develop and have prints made of colour negatives was to send them to the state-run photo company (which was the only such company). These small, colour photographs were generally printed on 9×13-centimetre paper. Palotai used black-and-white photographs which he himself developed, usually of a smaller size, and also smaller size Polaroids. With these photographs, he created sequences on a grid (square mesh) structure. Many people used various photographic technologies which were available at the time. These enthusiastic photographers did not, however, make grid structures out of their pictures. Rather, they strove primarily to play the part of the photographer-servant, as described by Vilém Flusser. The photo series and image collections ushered in a break with this servant-like, consumer attitude.

The so-called ‘artistic photo,’ however, was of course typical of this era as well, i.e. photos which captured some kind of drama (or melodrama) of a moment. That moment filled with nostalgia, sorrow, ephemeralness, or the necessity of material existence. I regard this too as a servant-like, consumer use of photography, primarily as a somewhat simplified, direct effect of Jan Dibbets. 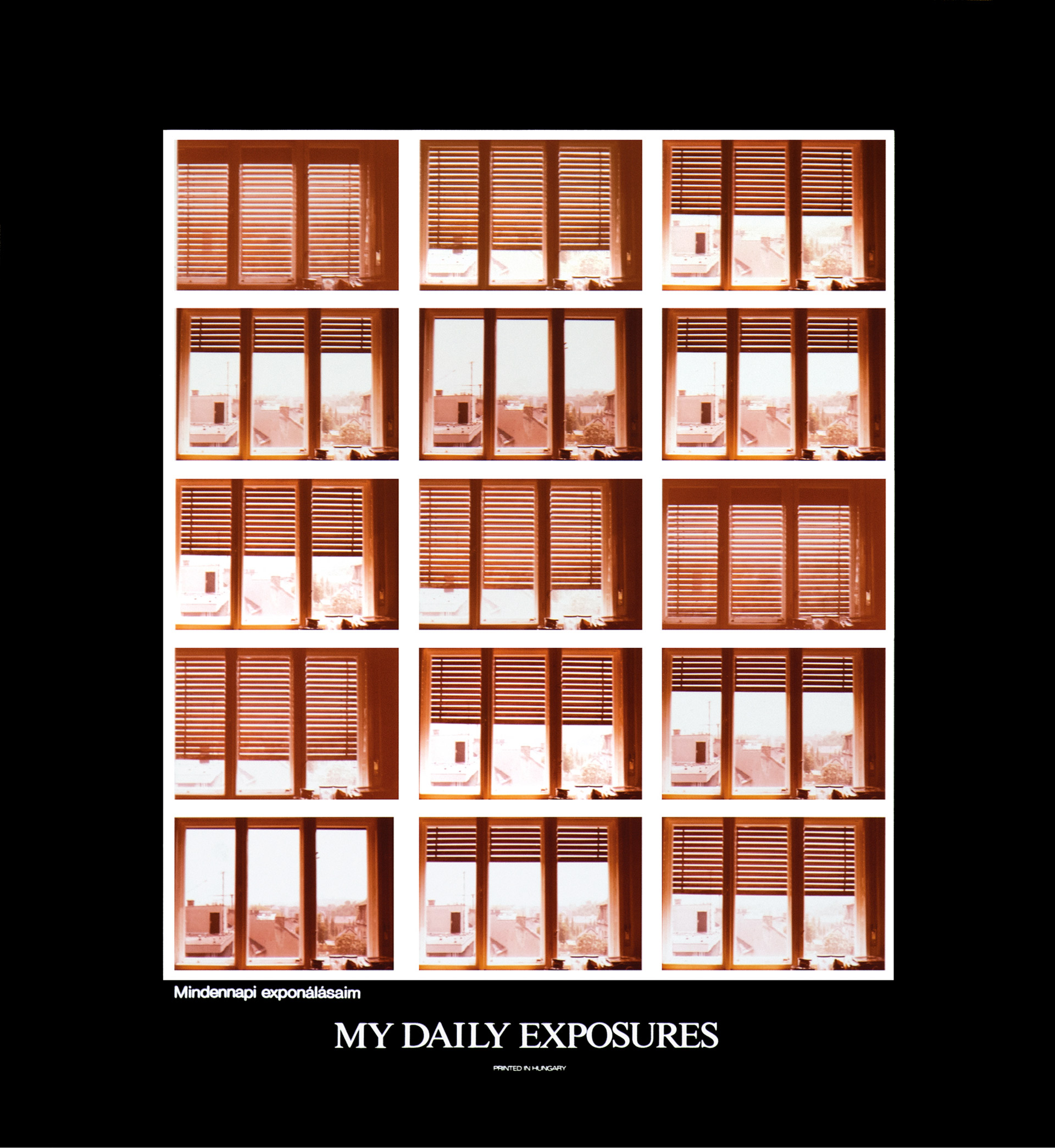 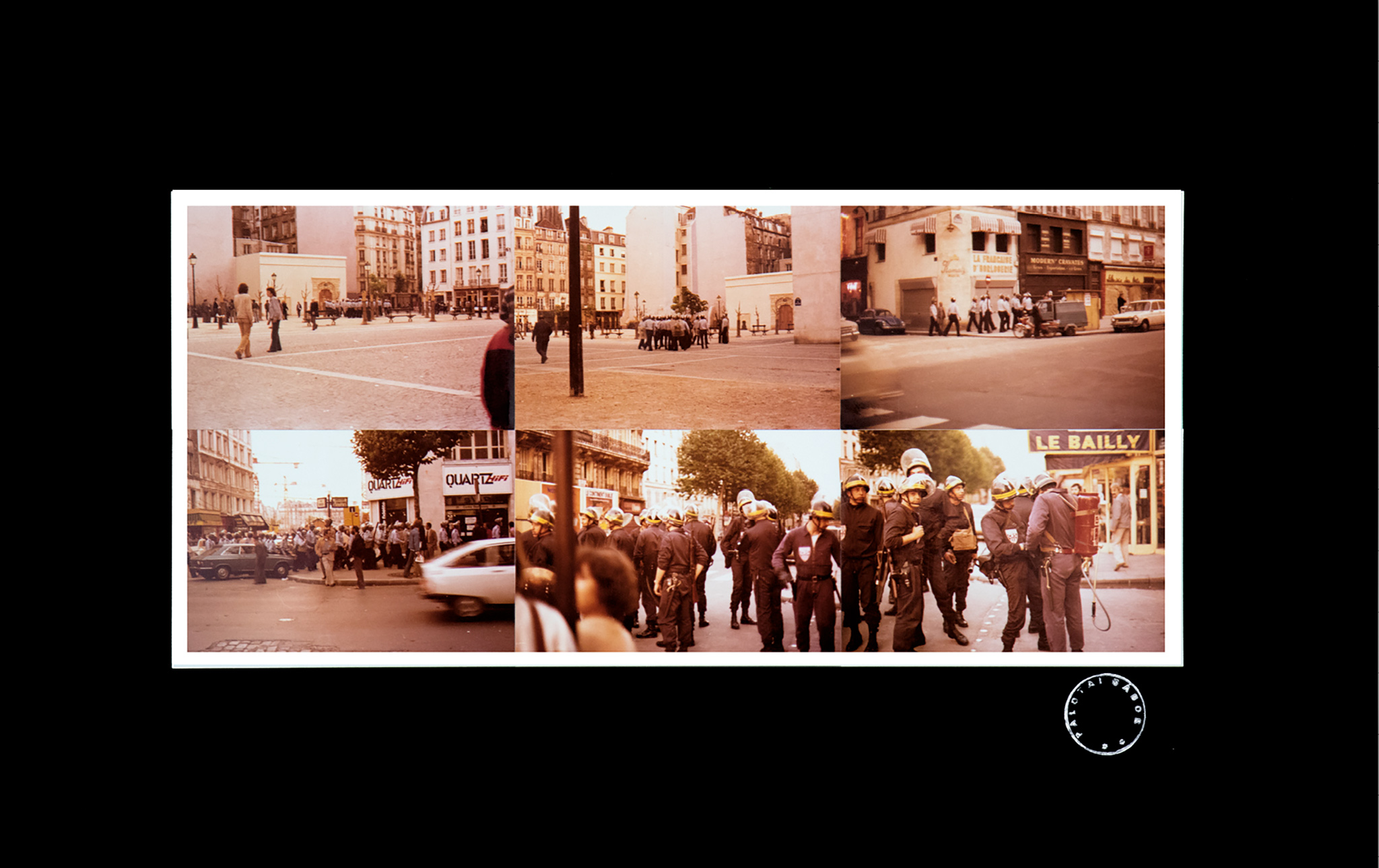 In the sequential, the image-agglomeration, and the mosaic-type photographs, the interpretation of the spectacle was the governing idea. This type of photo usage – according to many people – draws on two sources and is based on two things. One of them is the analysis and practice of the painter (the visual artist). The principle of this practice was formulated at the time by John Berger. In this case too, there is no melodrama. What is recreated is the light-and-shade, the colour and the form which creates the spectacle. The other source is the practice of scientific photography, to which Dibbets tied his work. Palotai first studied Dibbets’ compositions at the exhibition entitled Seven Dutch Artists,1 which was organized at the Budapest Kunsthalle. In this show, Dibbets created compositions which could not have been made using single photographs, but only with several images joined together. It is significant, however, that in these pictures, as in the case of Palotai’s, something takes place between the pictures that would take place otherwise as well, because for example time, light, etc. change. A mosaic picture is created in which time is also present not as a player, but as a factor. I would like to compare works such as Dibbets’ Panorama Dutch Mountain from 1971 and Palotai’s Glass House from 1979. 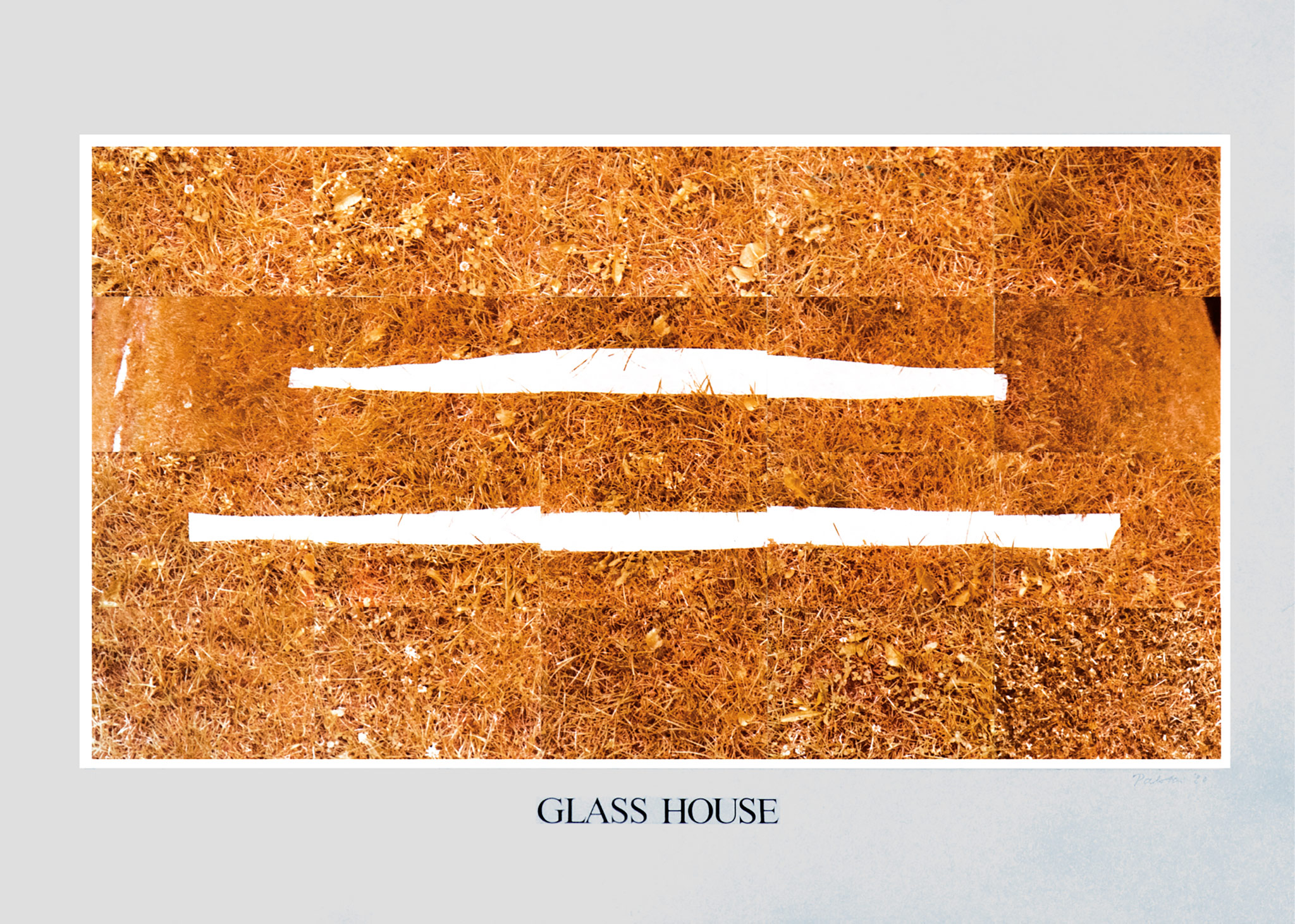 Of the works presented at the exhibition, I would also like to highlight the types of image-series which contain a visual narrative. In the case of Palotai, visual narrative is a sort of ‘non-melodramatic’ image sequence. Essentially, it is the living figures, the position of objects and their relationship to one another that changes. In other words, we are not looking at a ‘photographed theatre’, not a frozen image of a melodrama, but at that which is visible, that which on its own summons a story, a mood. These pictures may be regarded as a continuation of Jürgen Klauke’s series made in the mid-1970s. (Palotai: Video Art – 1 Program, 1978, and Paris Riots, 1978, and Klauke: Die Lust zu Leben, 1976, or Klauke: Self-performance, 1975) Another point of departure is Klaus Rinke’s photo sequences (such as Boden Wand, Ecke, Raum) made in the 1970s, as well as several of Dóra Maurer’s photo series, such as the 1972 études Reversible and Interchangeable Phases of Motion.

One could add many figures to the examples and connections on which this contextualisation of Palotai’s use of photography in the 1970s is based. What complements could be made to this type of photography in the future remains a question. What kind of photography should be regarded as a continuation of the former grid-type technique of placing individual images side by side? Attila Csörgő’s ‘Orange Room’ camera of 2009 or his Möbius Space project? John Maeda’s collages on the tiny iPod display? Like Fortune Cookie from 2007 or the various video walls of Lev Manovich’s Big Picture, a data-ocean which has been growing continuously since 2011? Or possibly Erik Kessels’ 24 Hours in Photos installation presented at the Great Data Bomb, an exhibition organized at the Centre de Cultura Contemporània de Barcelona in Barcelona,2 showing more than one million photos downloaded from Flickr? 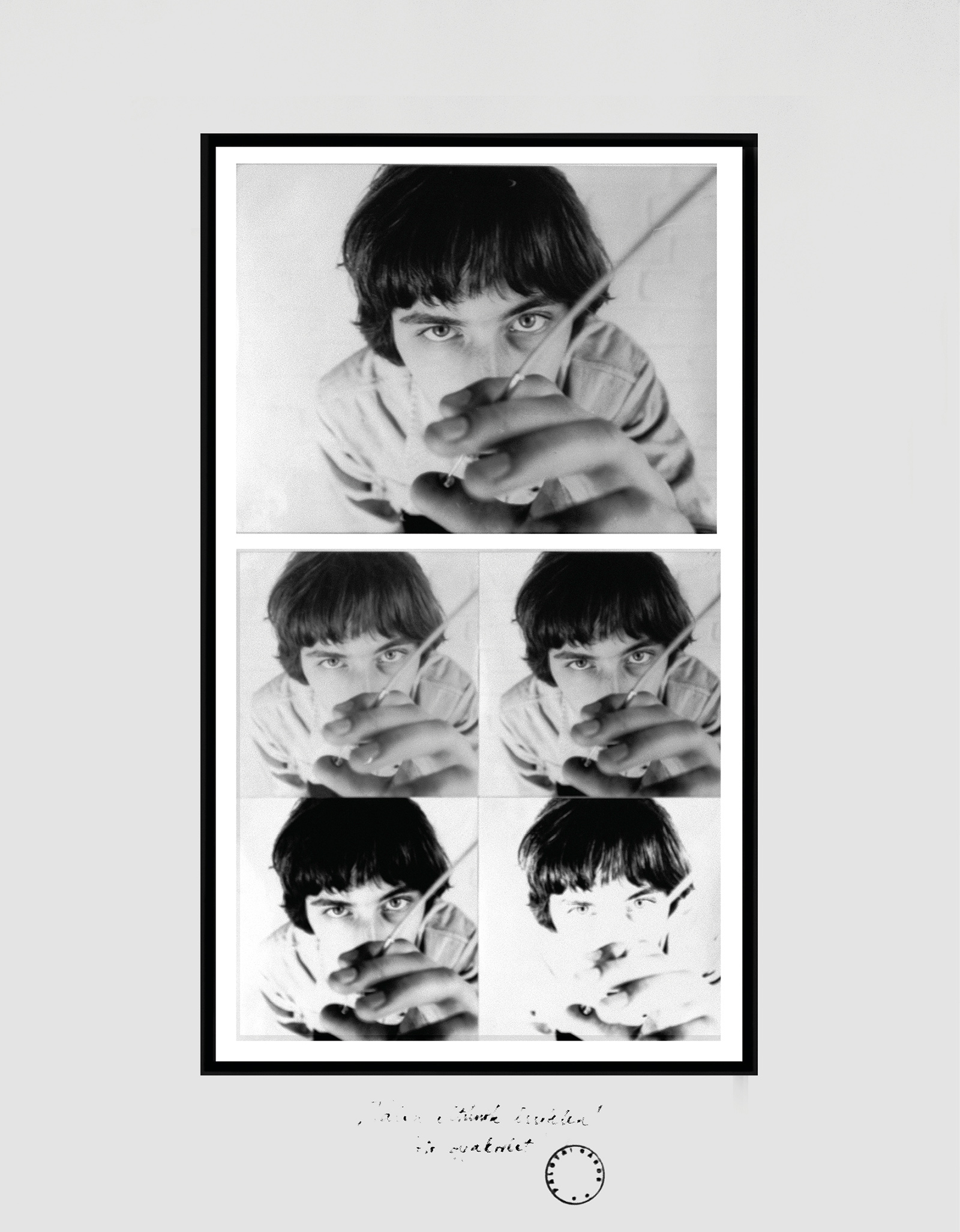 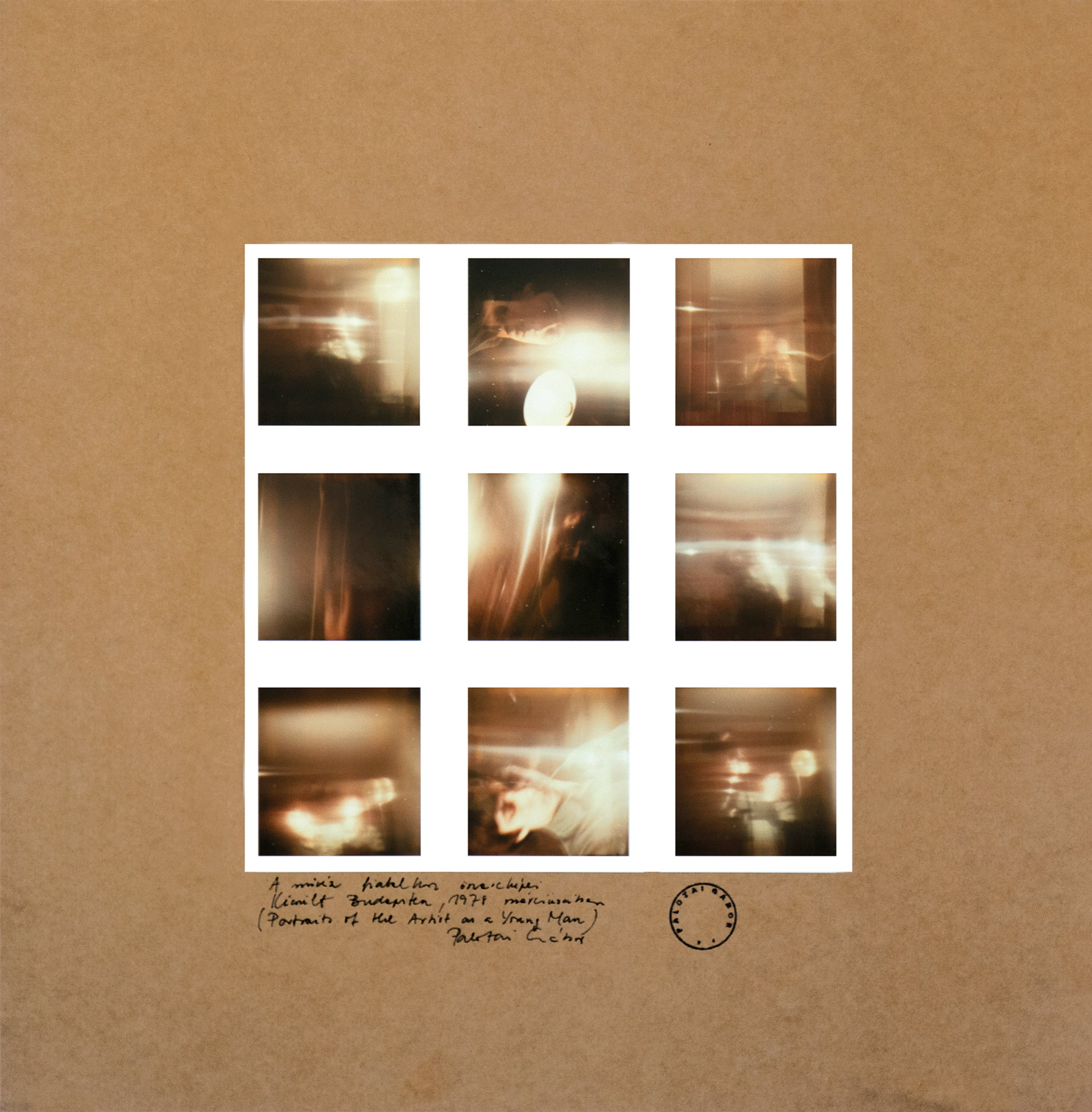 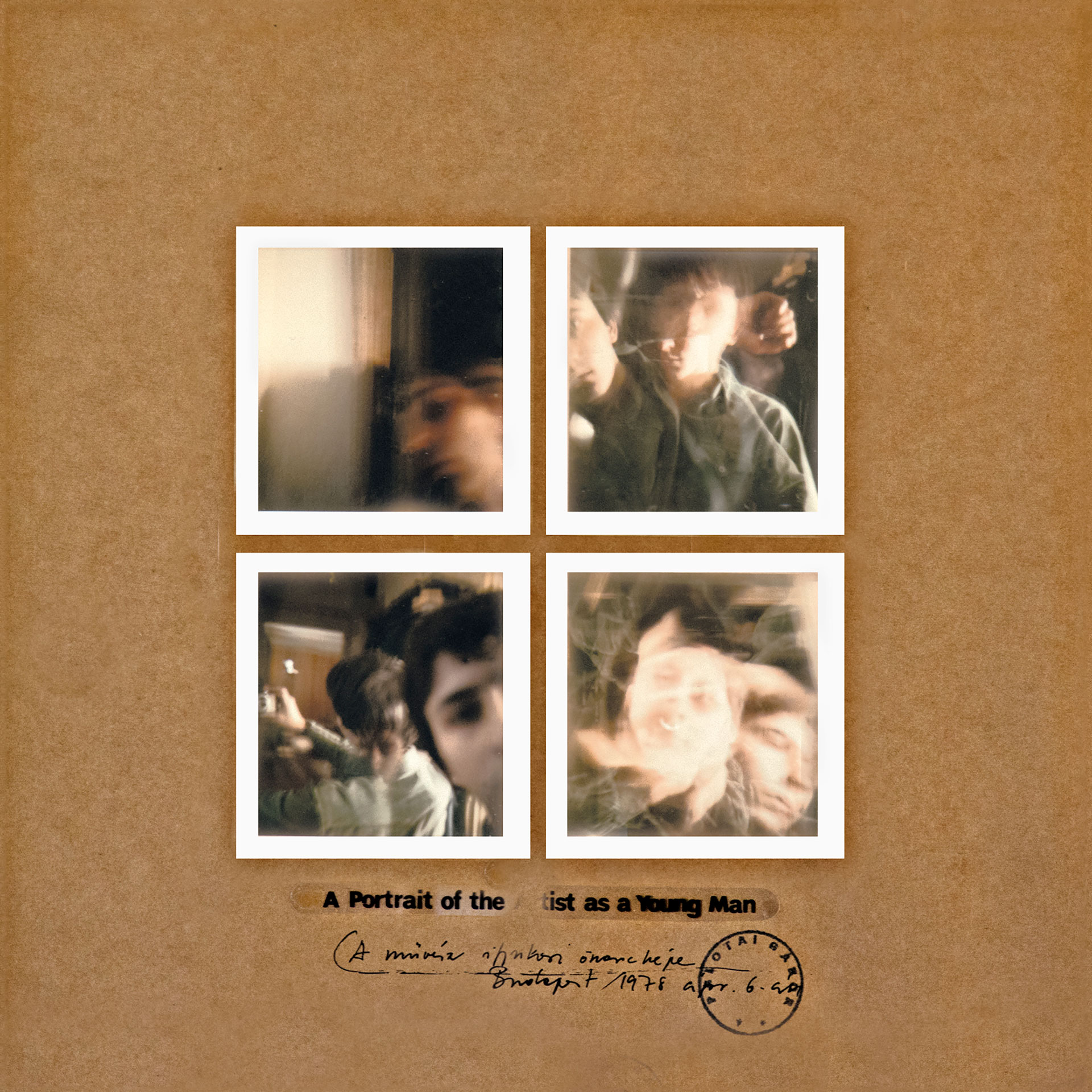 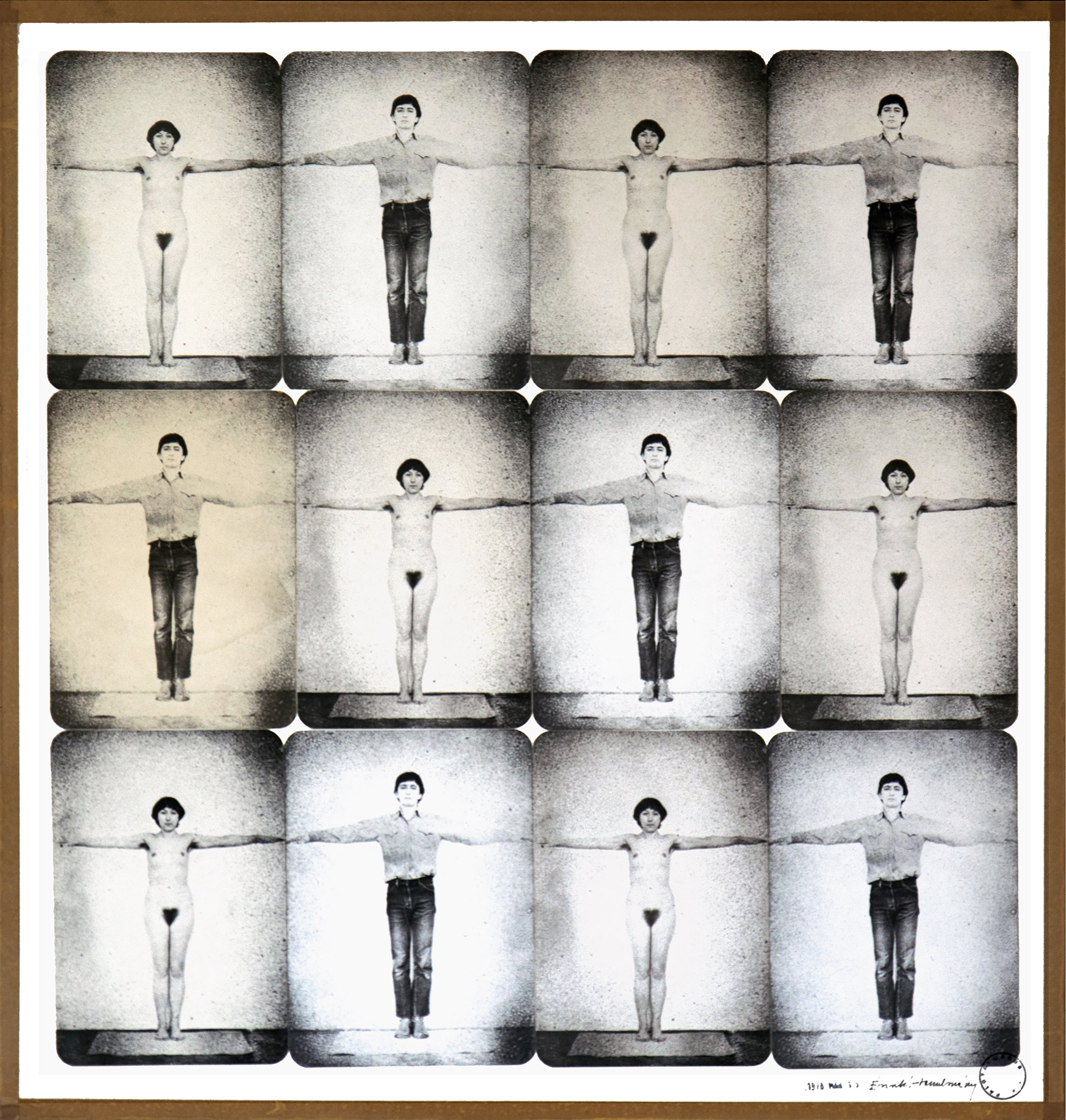 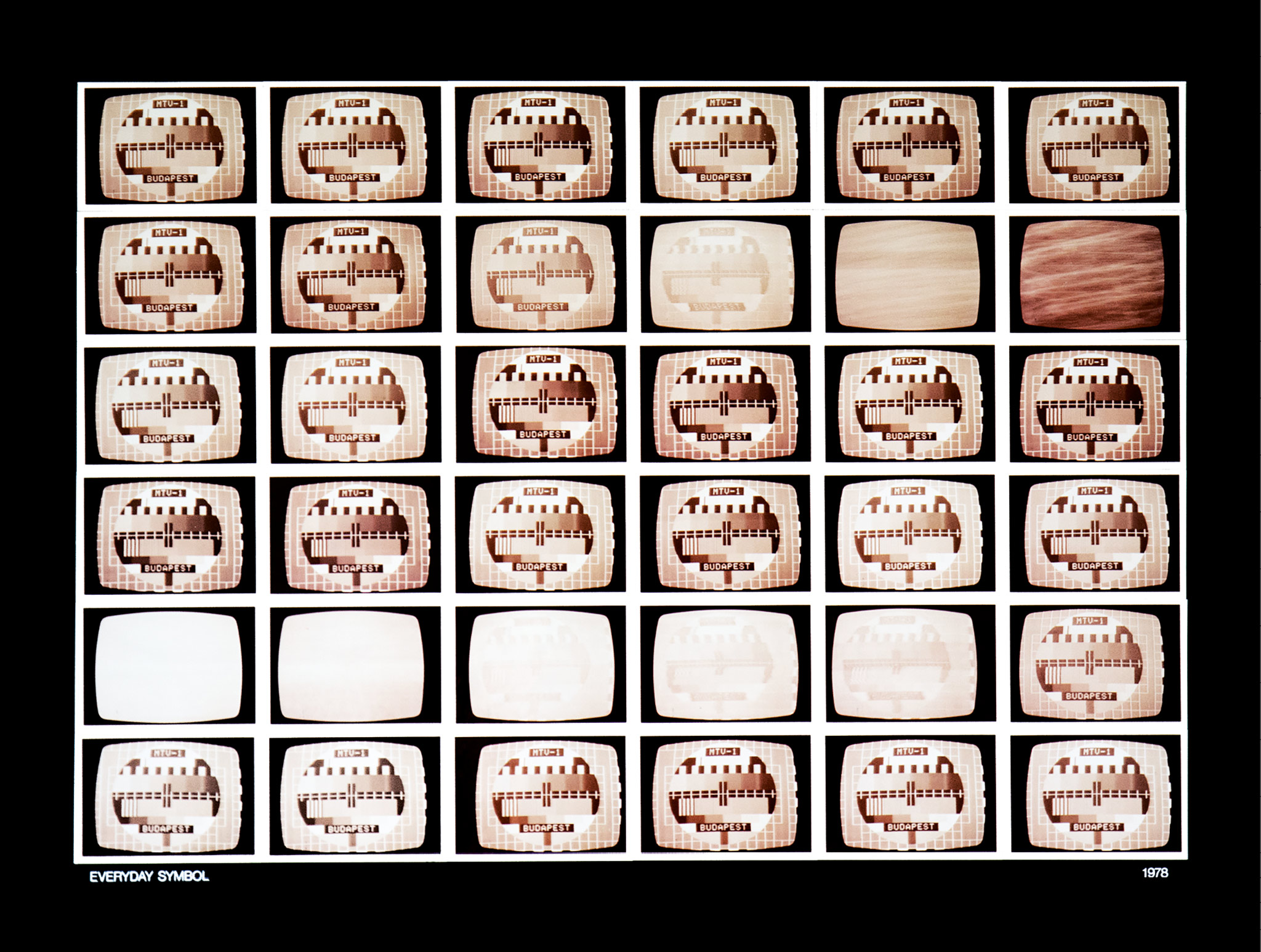 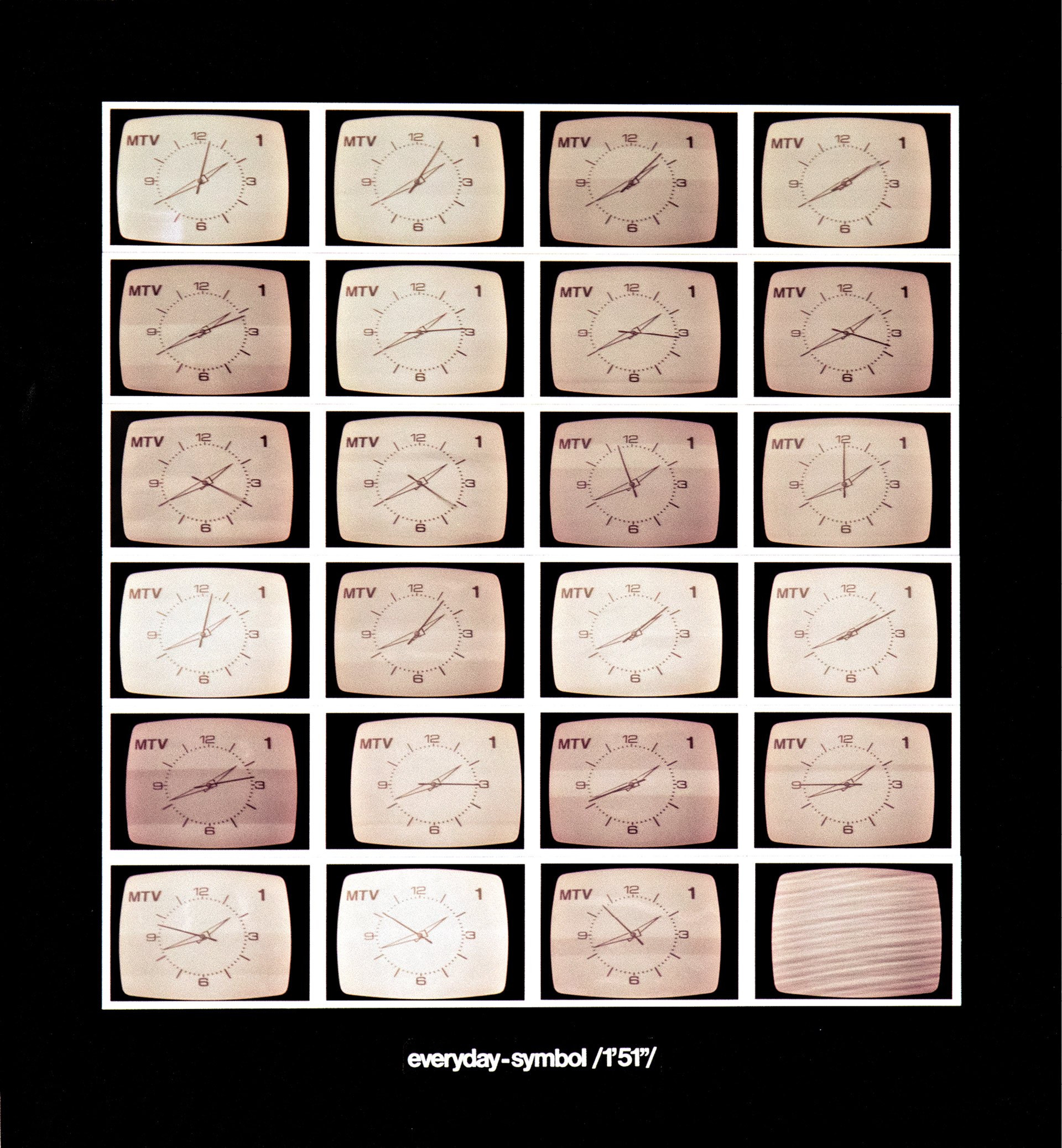 Palotai’s response is a kind of deflection, as if he did not take the ‘data explosion’ seriously enough. It is not the quantity that he questions. Rather, he makes analogue generative piles alongside or after having done the photographs. They also record a great deal of quantities, but they are impersonal signs. He signals subtly that we should not take these changes too seriously, this domination of an inflated department-store abundance of visual products/trash, because a drastic restauration might be just around the corner. A spectre is haunting Europe – the spectre of the past! 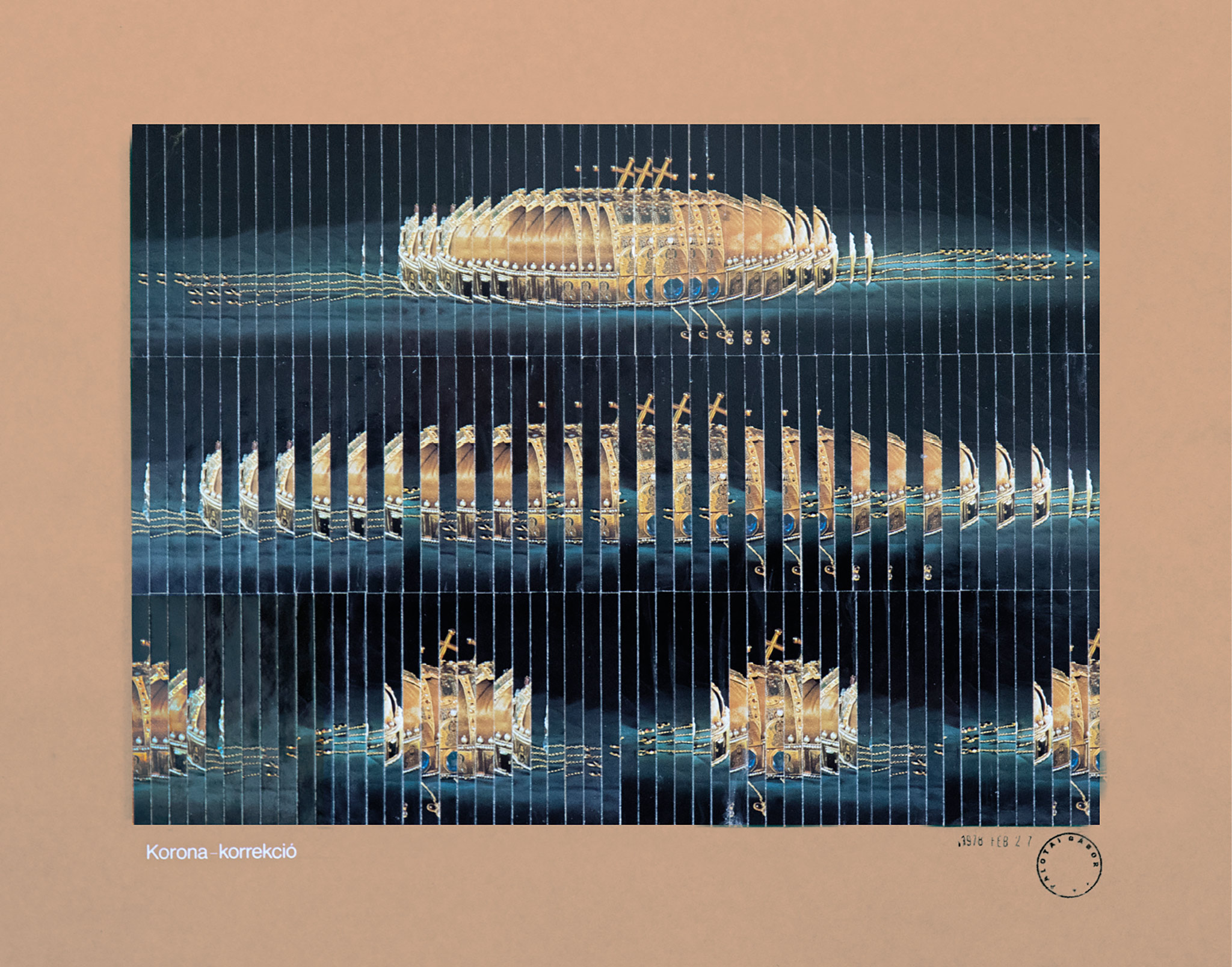 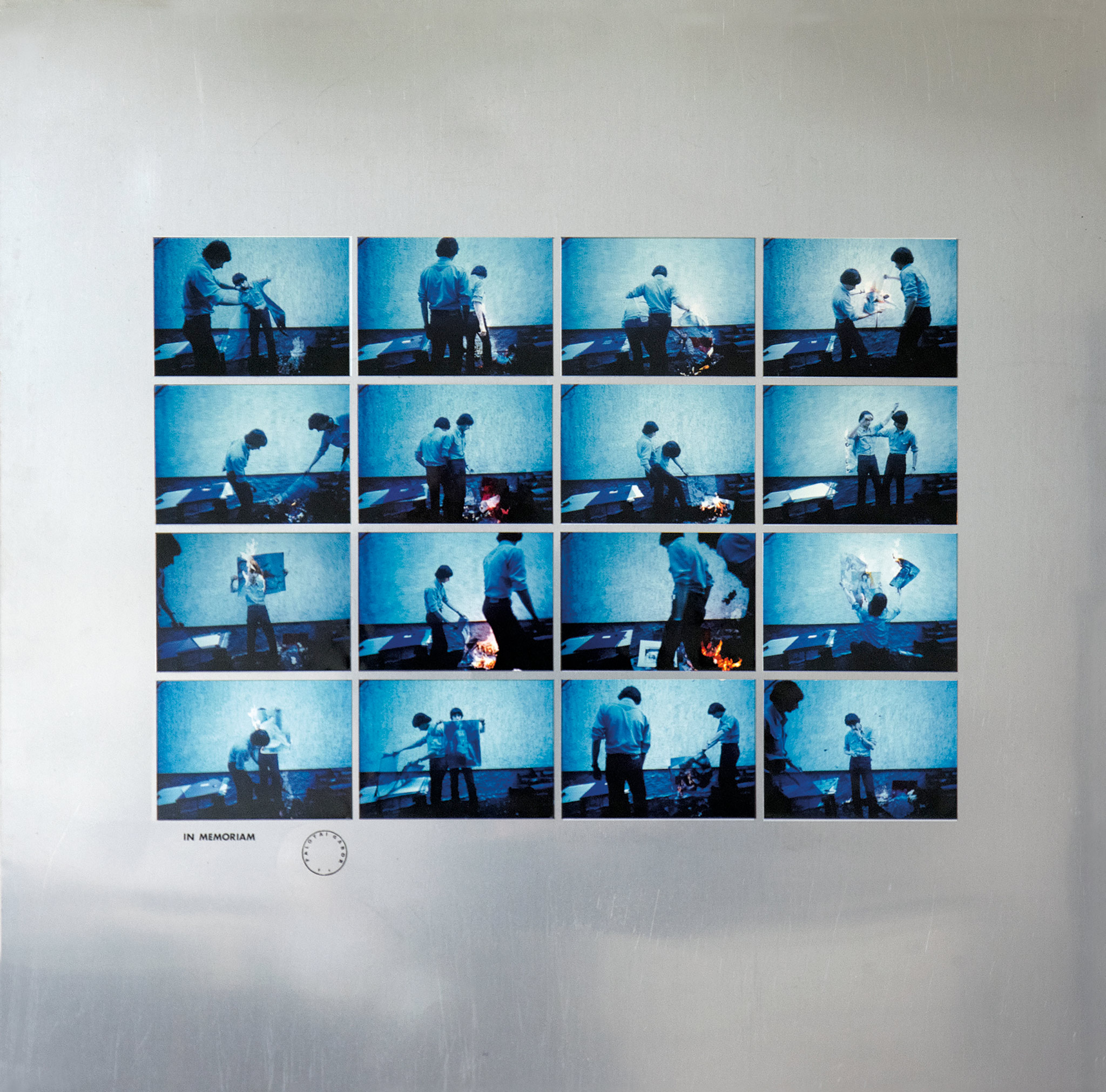 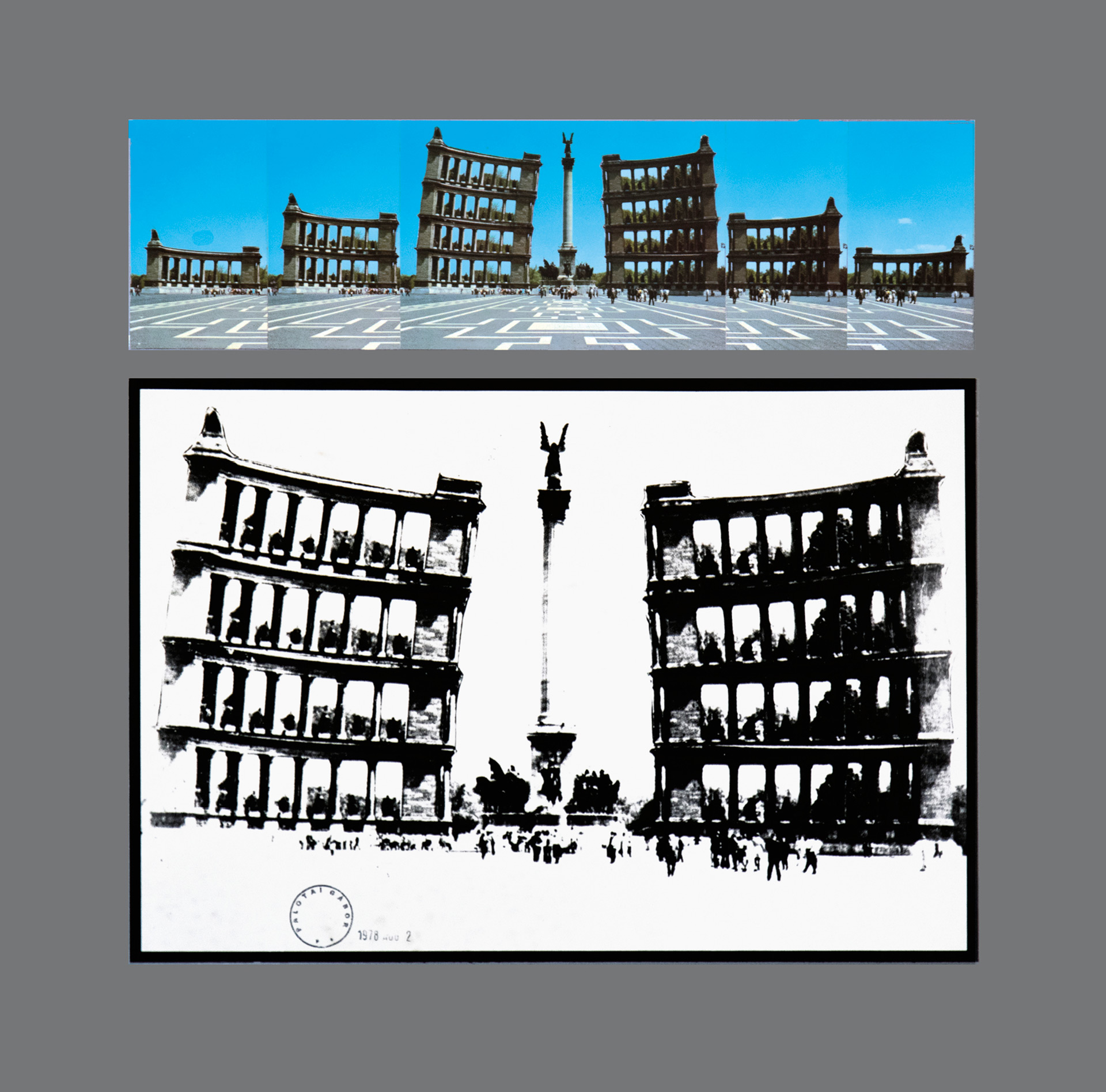 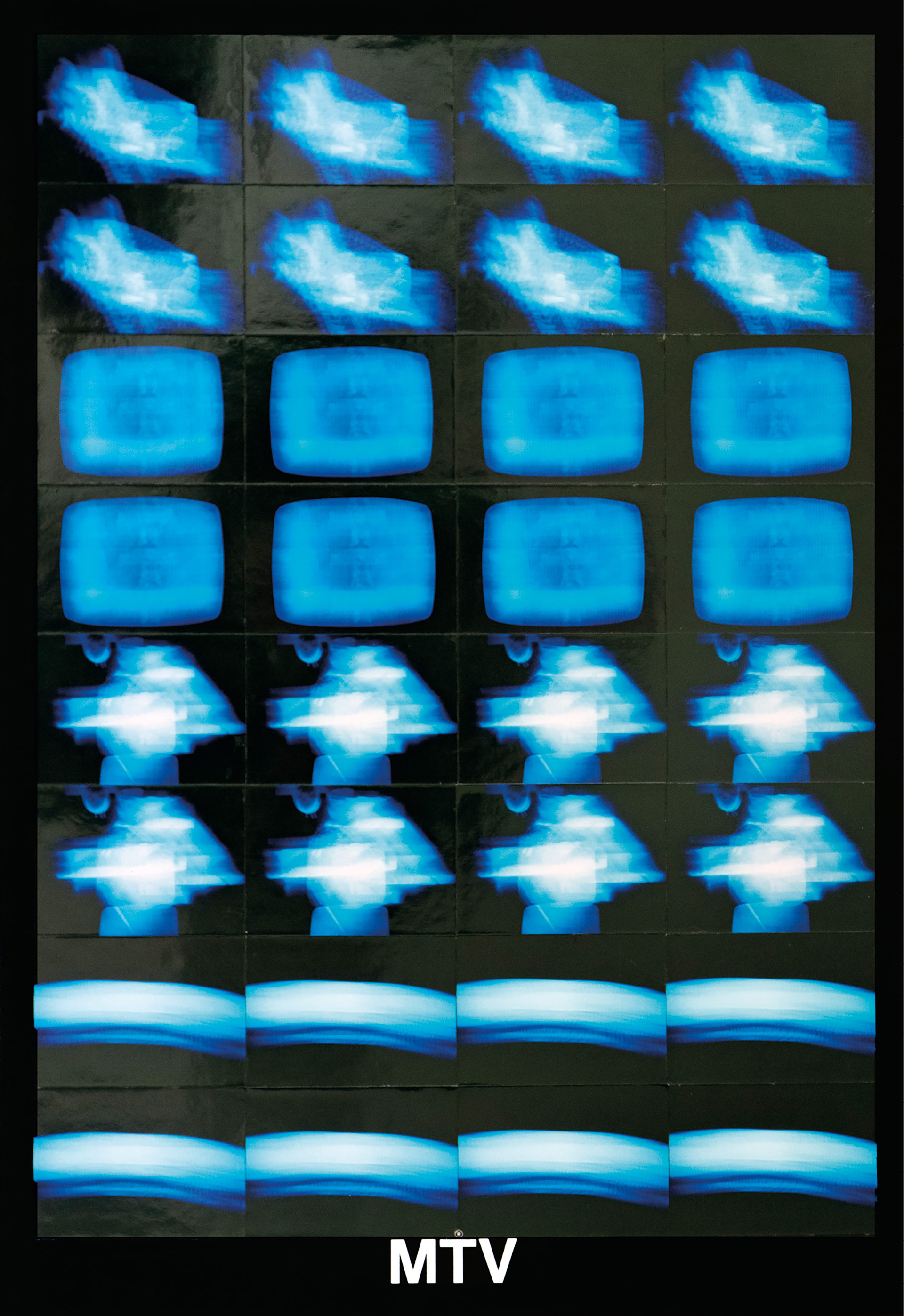