What does it mean to exist in between? Invariably this question arises when we read the enigmatic, untranslatable (into Hungarian at least) English title of the exhibition, “Among and Between.” This can be understood simultaneously as being in between in an intellectual/theoretical sense or in a physical/topographic sense. As a transitional zone between different qualities and places-locations. The in-between state, the transitional world, bears a fragile potential for displacement, transformation, and change. A whole list of free associations: the movement of concepts, technologies, people, and objects, fundamental issues which are raised in an increasingly more pronounced way nowadays. 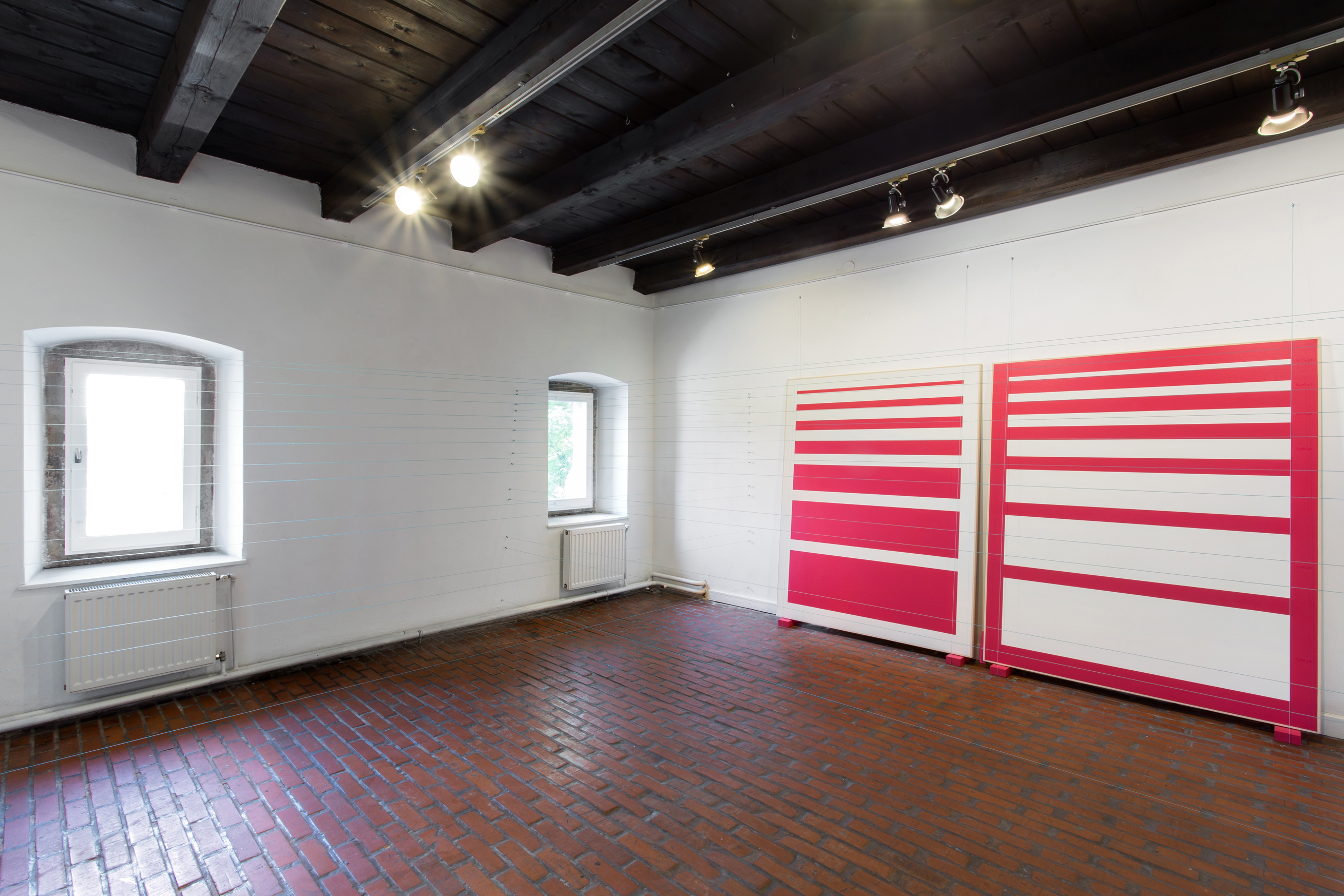 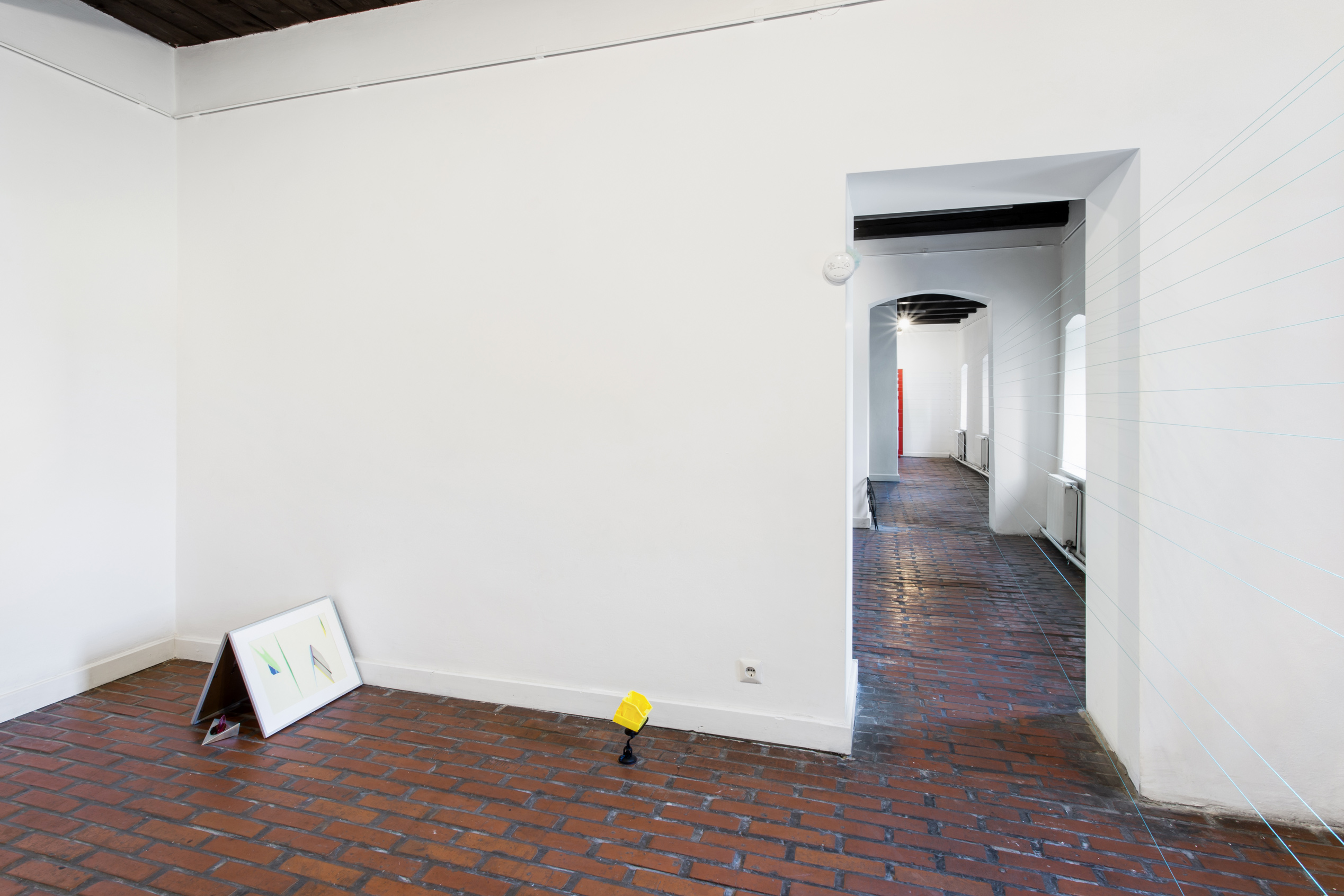 All this is also the definitive dilemma of discourses concerning contemporary art, when we reach the conclusion that art did not end but arrived at a state at which it is “beside itself” and exists in a unique “in-betweenness.” In his famous essay,1 the American art historian David Joselit wrote about the permanent cycle of pictures and about how painting itself becomes part of virtual networks. Years later, he broadened this circle and wrote about art, not just painting, in the context of the endless “circulation.”2 He described the situation with the expression After Art, which he characterized as a specific antithesis of previous concepts and narratives with the “post” prefix (post-modern and post-medial states), as the “post” (after) here meant not an end, but rather suggested infinite openness. In the context of image explosion and image travel, the medium (canvas, bronze, film tape) is replaced by the format – given that we perceive the continuously evolving and moving images primarily not as physical entities, but as digital files, and we interact with them as such. (Metaphorically speaking, the most important space for contemporary art is no longer the white cube or a black box, but the Instagram feed controlled and directed by algorithms reorganized every second.) From here on, medium is no longer decisive. Rather, it is the complex system of relations among moving images circulating in the intertwined webs (worldwide web, clouds) that Pierre Huyghe, quoted by Joselit, calls “dynamic chain that passes through different formats.” 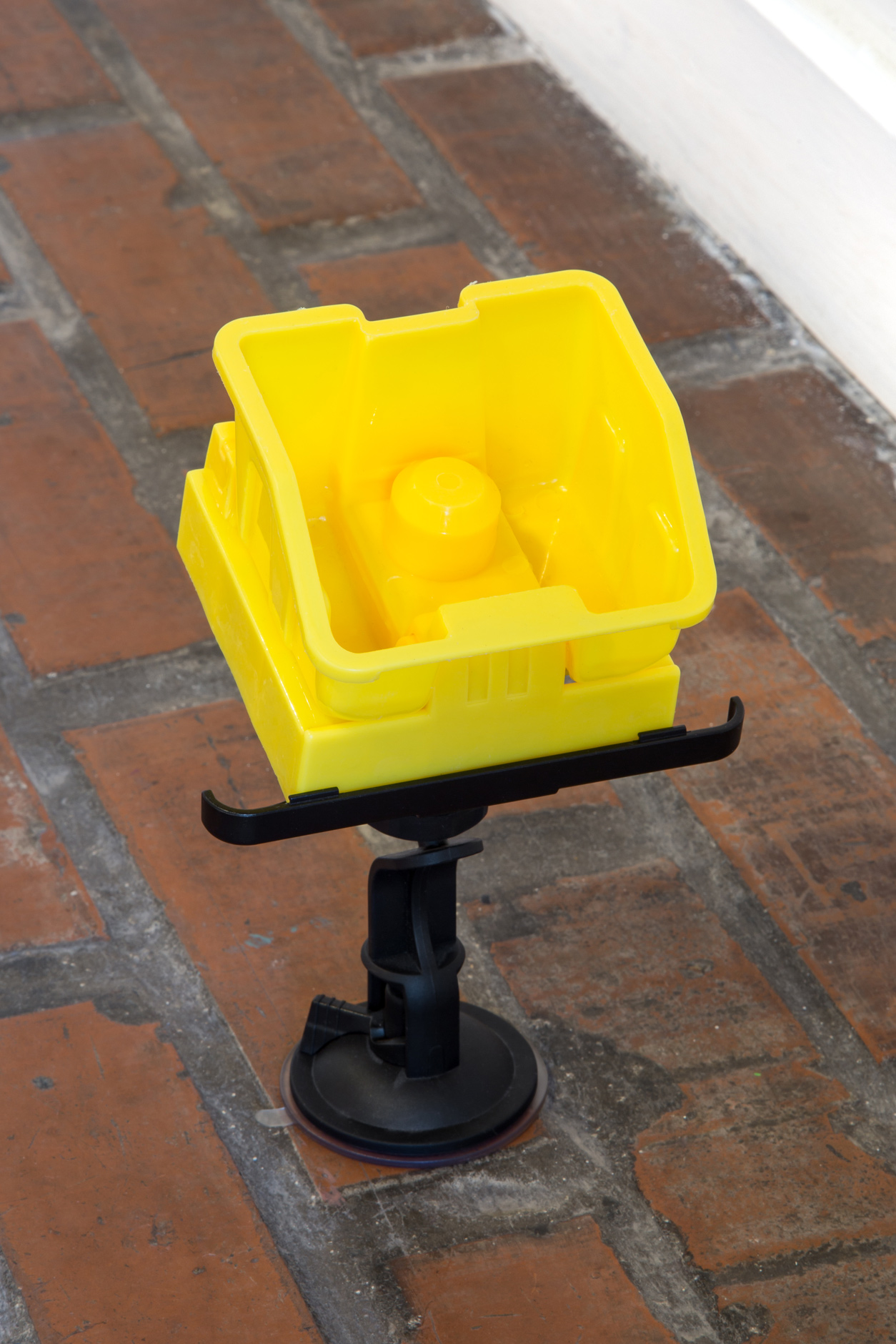 If I am correct, the title Among and Between was also inspired by David Joselit. His essay Last Laugh3 analyses the art of Sherrie Levine. In relation to the continuous movement of images, he examines the artistic practice of appropriation, but what is perhaps even more significant in this text is the observation that in the art of Levine (and others), what is between her pictures is more important than the pictures themselves. According to Joselit, the pictures in Levine’s art are like prepositions whose meaning varies in relation to the context (the network). 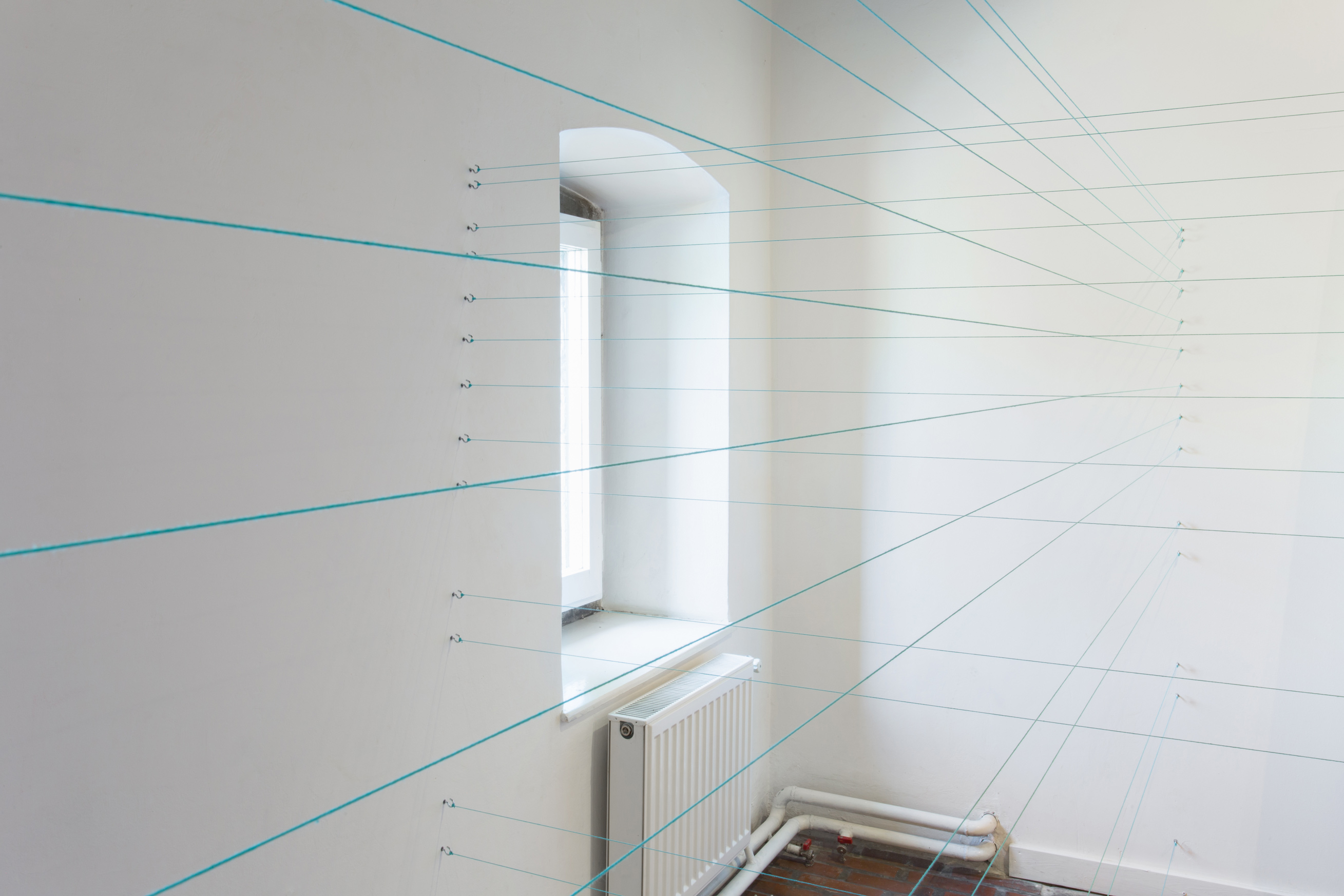 The gap between pictures, the network of imaginary threads connecting the images, is valourised. In this case, recognition of the importance of the empty wall surface between pictures, the significance of absence, of nothing, is not equivalent to the John Cage-like exposure of silence, of zero point. Rather, it refers to the fact that images and works of art are parts of relational constellations. This has always been the case, but only in recent years has it all become part of a conscious element of the creative strategy and a principle of image-constituting, the basis of a particular (relational) aesthetic, if you like, which we can briefly summarize thus: do not look at things and do not look behind things, but rather look between things. Namely, that the meaning and significance of things is in this imaginary in-betweenness. 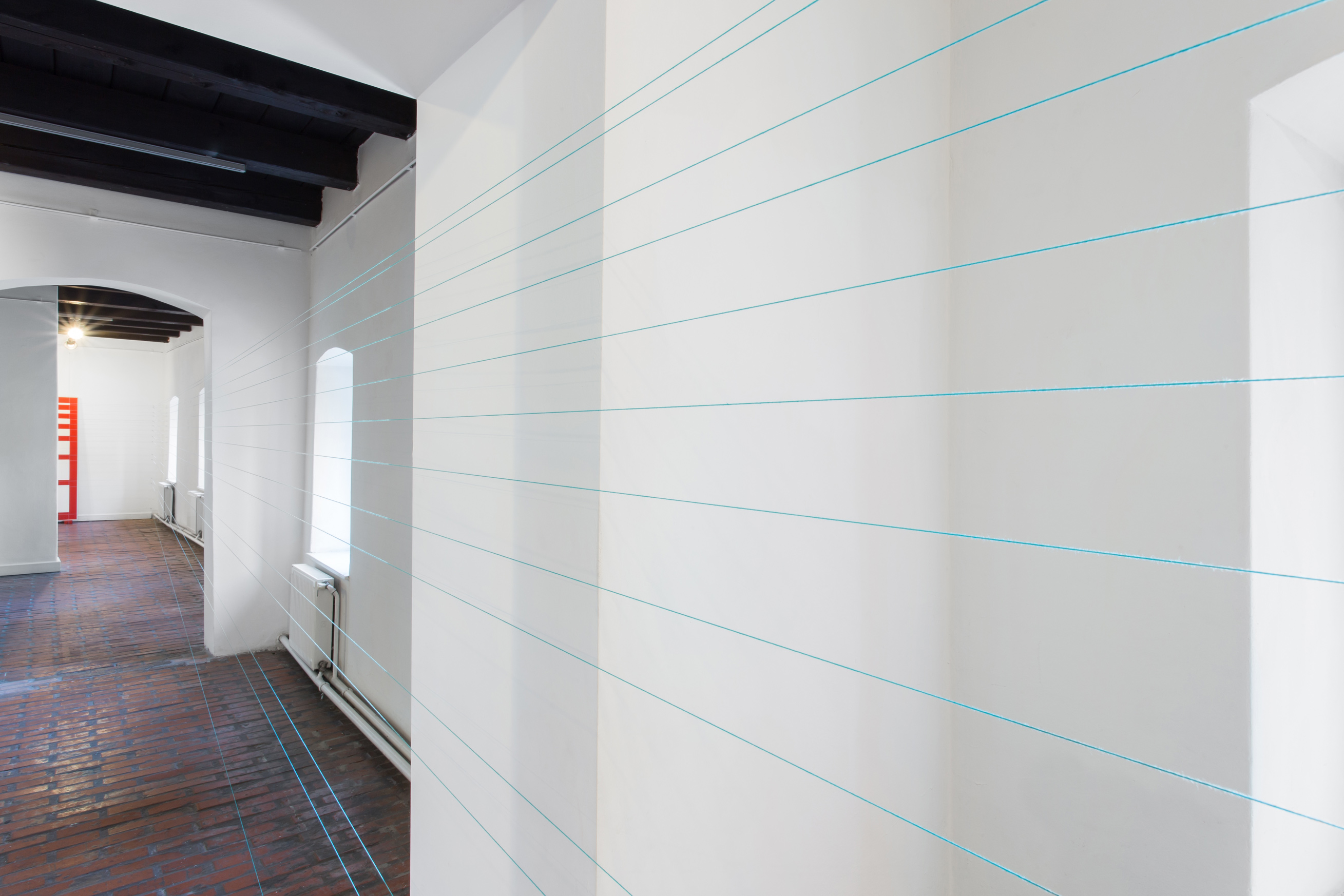 It seems to me that the real subject of this exhibition on many levels is exactly this imaginary in-betweenness. Not only because the exhibiting artists, who are completing their studies this year, find themselves in a unique, temporary phase of their lives and careers, but also because the works themselves, and even more so, the spaces and relations between these works, reflect on these issues: the exhibition can be understood as a unique space of collaboration not just among the artists, but also among the artworks. 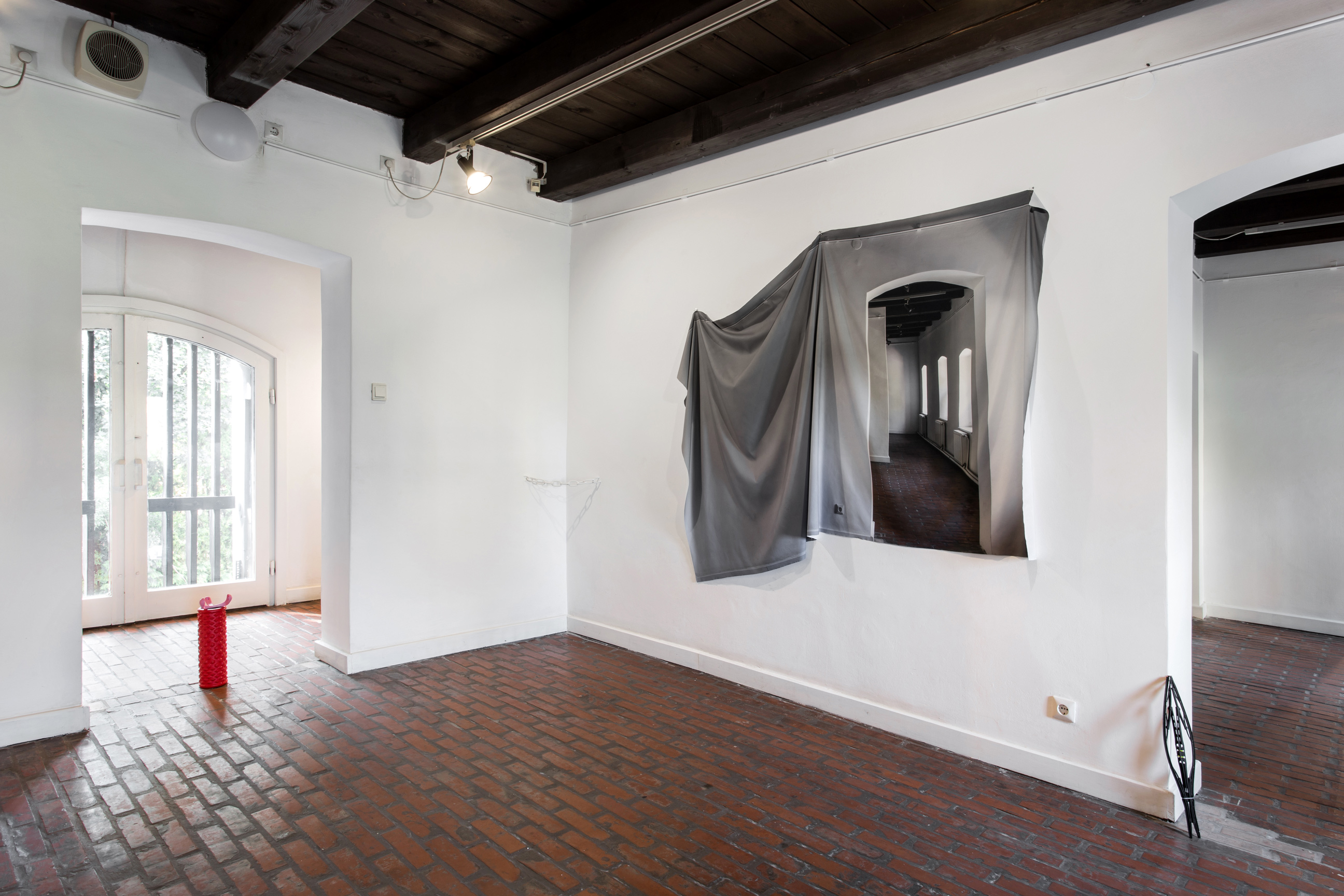 Among the exhibitors, the work of Ádám Varga is the most directly connected to the dilemmas described by Joselit: his paintings leaning against the walls illustrate and enlarge the elements of typographic tone charts, simultaneously referring to the processes of printing techniques, the methodology of digital image editing, and the traditions of easel painting. Lines of varying degrees of thickness (dots per inch) appear in his paintings. The central motif therefore is the point (dot) and line set into motion, in other words, the two basic postures of modernist aesthetics. The choice of motif, the creation of printed and painted pictures and the examination of the fine differences between abstraction and figuration, tie these works to the complex story ranging from the Colour Chart paintings of Gerhard Richter to the printed X signs of Wade Guyton. And this story is ultimately the Joselitian narrative of painting that becomes “beside itself.” Ádám Varga leans his paintings against the walls and connects them with yarn: the yarns form a raster organized according to the lines of construction, which extends from the picture plane into the gallery space. Perhaps as an objectification of invisible (theoretical and mental) threads, the beholder is made the subject of a virtual matrix. The motif of the sprawling mesh grid also evokes Marcel Duchamp’s spider web-like spatial arrangement of 1942, returning to another main concept of ready-mades existing in the intermediate zone between art and the material world. 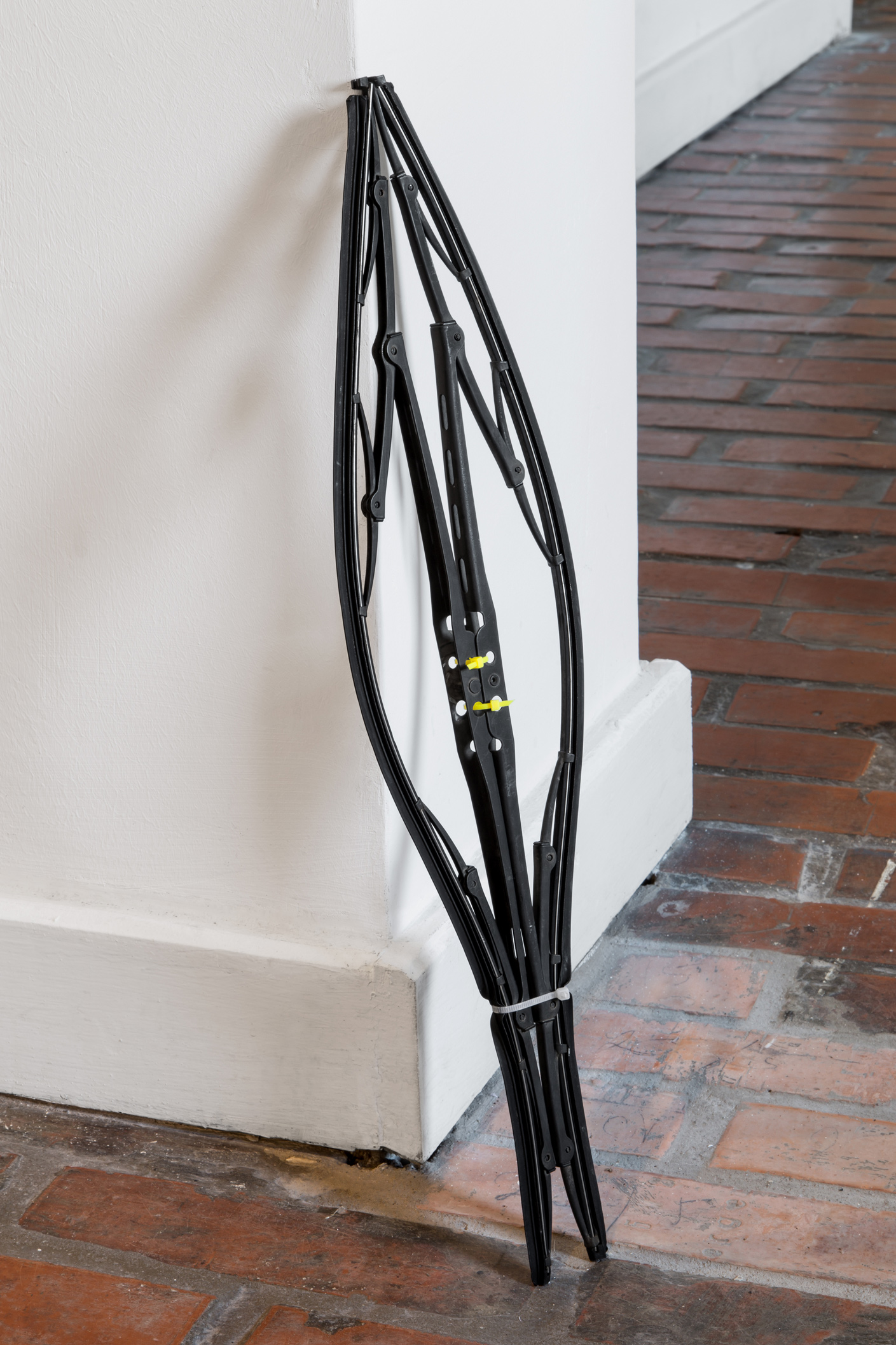 Perhaps this is why Varga’s works encounter in the gallery space the objects of Ádám Takács, objects which also embody the ready-made principle. Theory and poetry, erudition and aesthetics are uniquely paired in Takács’s works. His enigmatic constellations, which he calls Pensive Objects and Tristful Types, are filled with numerous theoretical and historical references. Takács himself writes that the “pensive objects” resonate with Jacques Rancière’s “pensive images,” as do the objectifications of musings and transitions between various representational modes and ontological qualities. According to Rancière, “the pensive image is the image of a suspension of activity,” because “activity has become a thought, but the thought itself has passed into an immobile motion, similar to the radical indifference of sea’s waves.” Takács’s objects make such radical indifference and motionless motion present – in a semantic sense as well. In fact, the works really are “tristful types” – playfully recalling and fruitfully misreading the title of the famous book by Claude Lévi-Strauss, Tristes Tropiques. The “Types” of Takács rethink Lévi-Strauss’ “tropics” not primarily as a geographical, but as a rhetorical configuration, or “tropes”. The ephemeral constellations of the, mostly, discarded objects (gadgets) are unique tropes that engage in a futile dialogue with motifs – in the artist’s words – like space debris dispersing and uniquely distorting, simultaneously plummeting and floating. Takács is looking for the objects of musings, that is, the intermediate zone between thought and inaction, between activity and passivity, and he presents them floating in tangible nothing in the unknown. 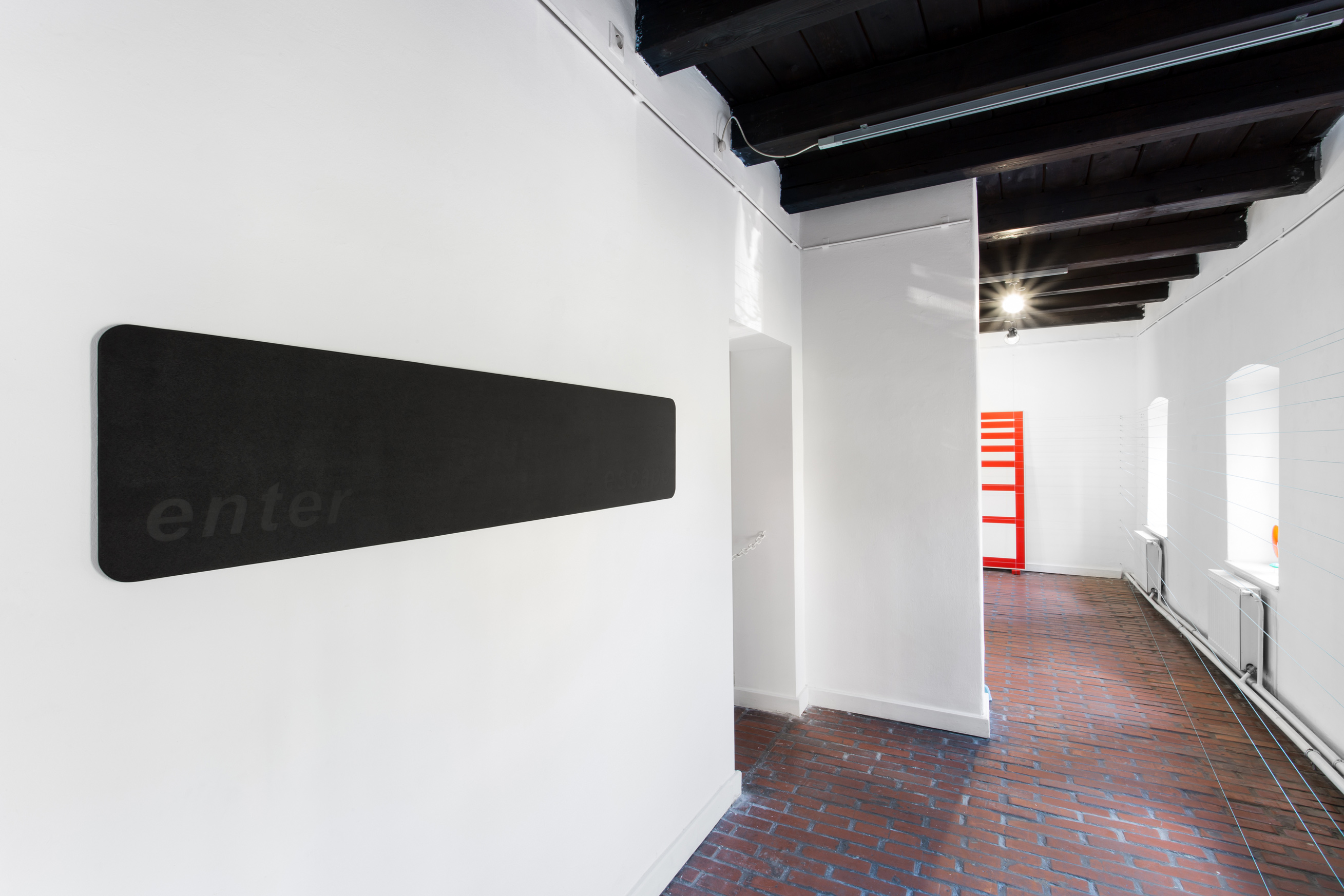 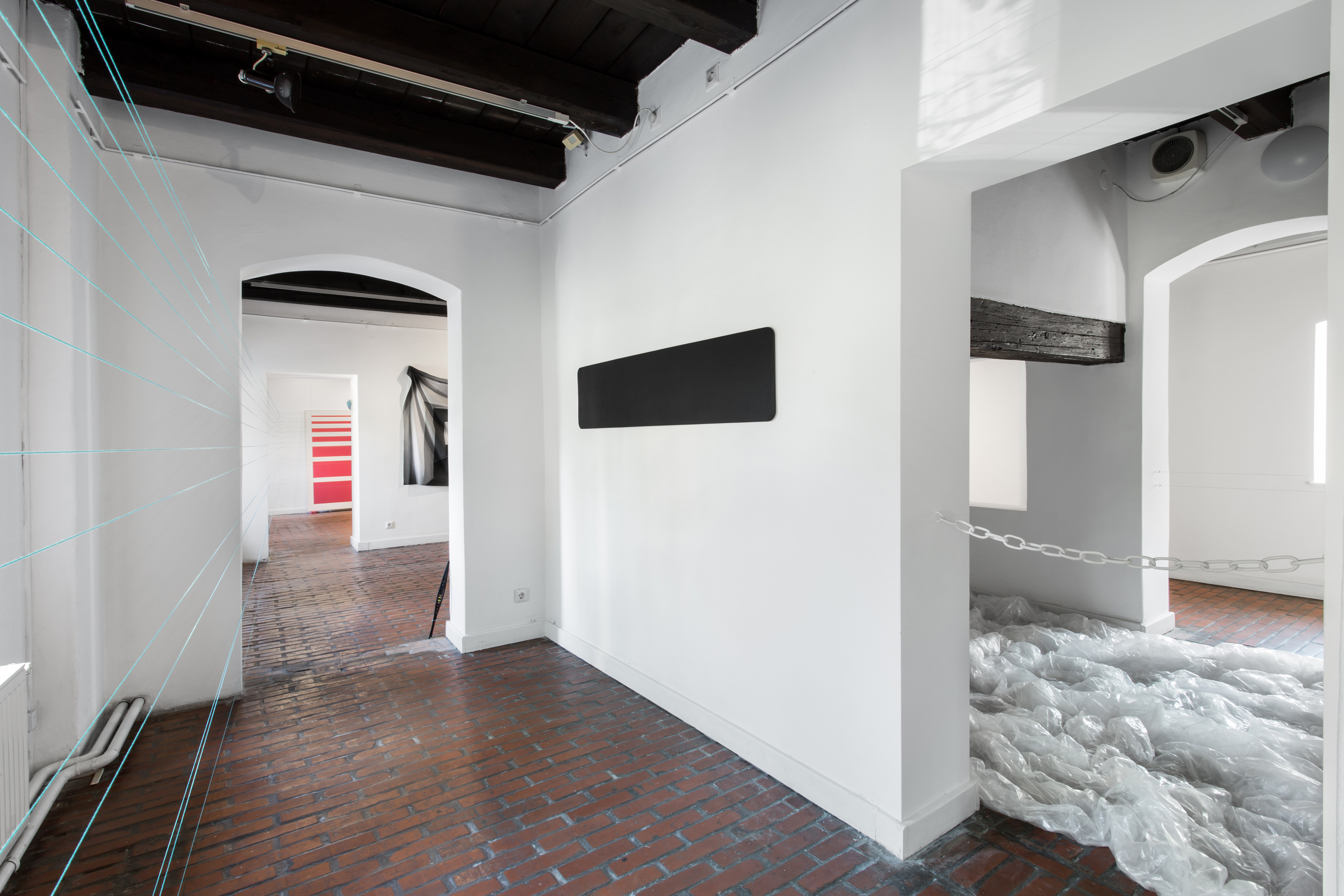 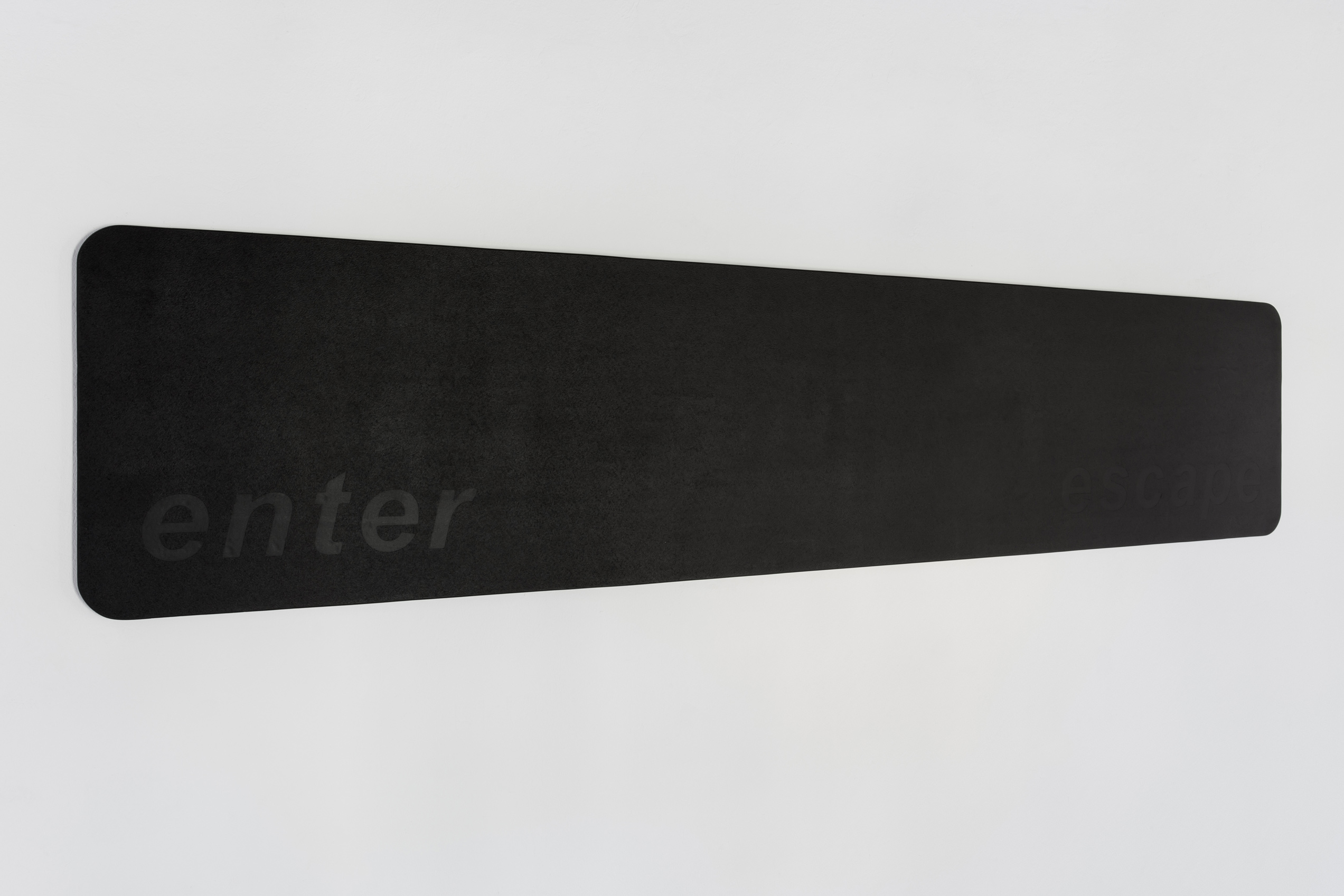 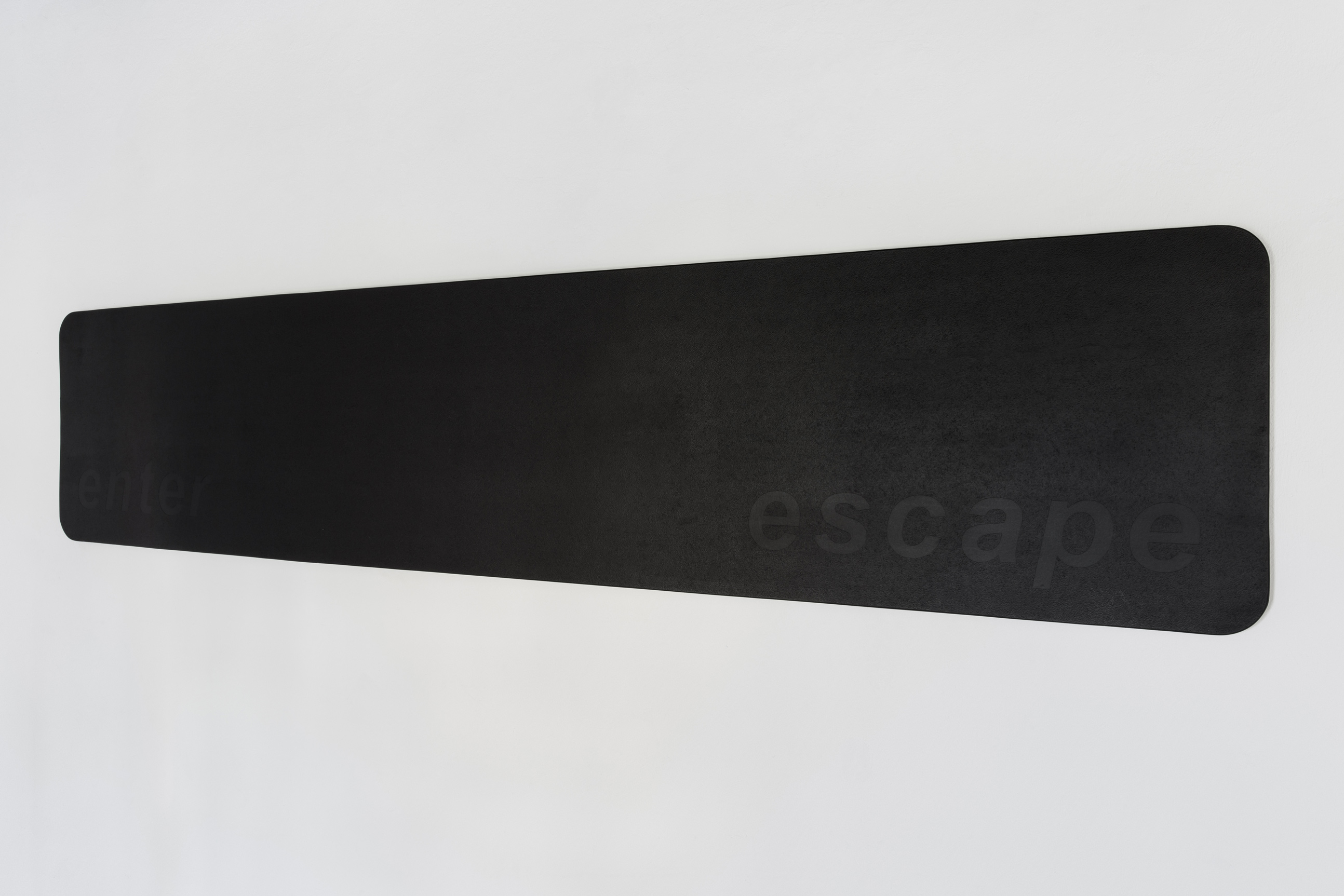 The tropes of the digital universe and the everyday tangible world come back in the works of Tünde Mézes. Mézes enlarges a black space button from a keyboard to human size and installs it like a panel painting and writes the names of two additional buttons on it as well, referring to the moments of entering and exiting (enter, escape). A whole series of associations opens up: with its anthropomorphic dimensions, the key is humanized, like a human-scale board, perhaps a coffin. The word space, beyond its everyday use, is enriched with countless connotations. Given the context of the exhibition, the works of Takács and the colour of the object both evoke the image of outer space, but we may also think of space as an abstraction (a philosophical-physical concept) and as something concrete (the exhibition space). As if the space-key of Tünde Mézes marked the space among and between the images – a unique in-betweenness, of which David Joselit writes as the “arena” of the birth, appearance (enter), and disappearance (escape) of meaning. The work nevertheless can be read – carefully – as a broader metaphor for human existence, and also as an examination of the relationship between text, image, and art/object in a post-digital context. Mézes’s ephemeral white chains (which simultaneously connect and separate spaces and things) could be said to resemble the tangible versions of the all-encompassing chain mentioned by Joselit. 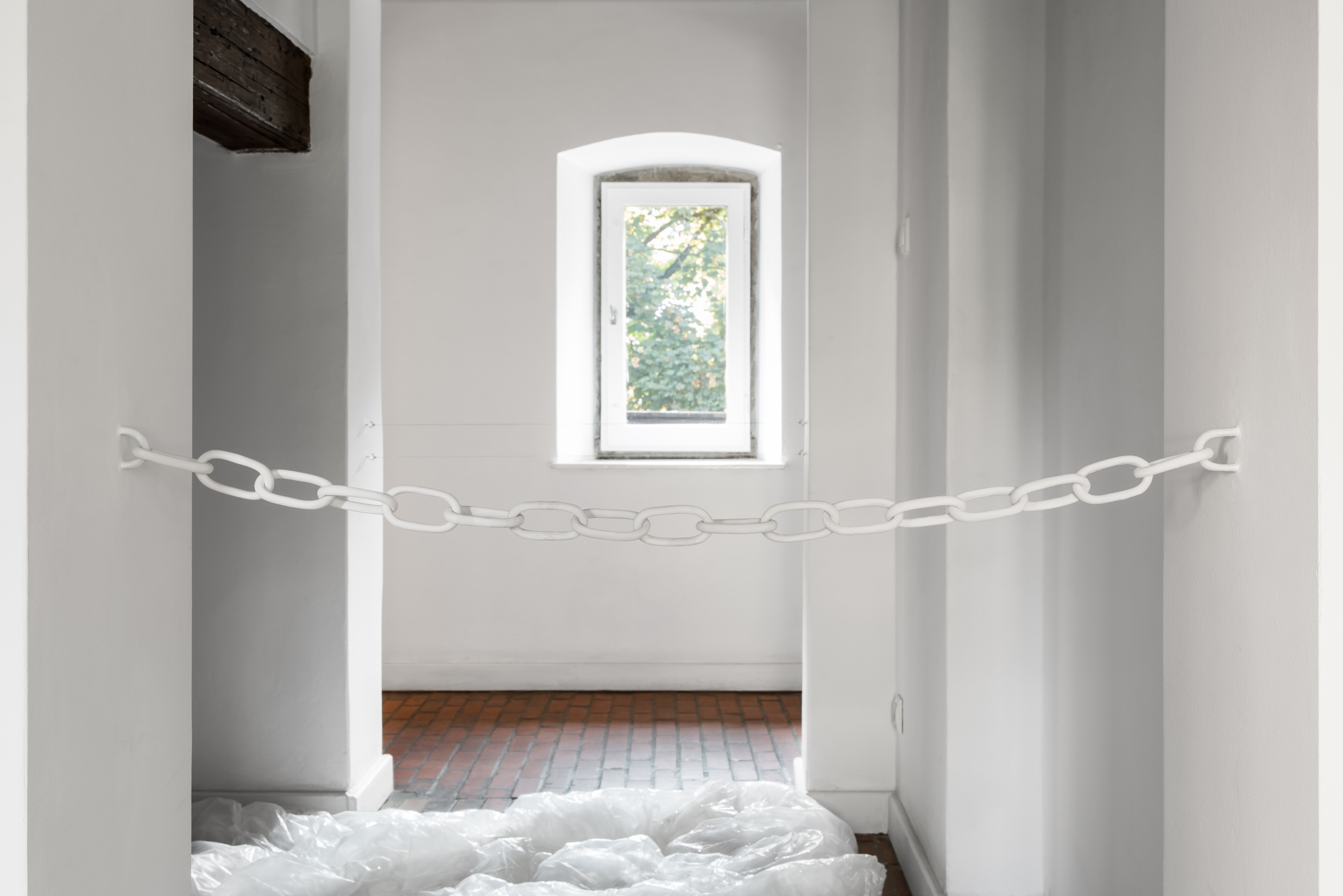 Zsuzsa Magyari examines the relationships between spaces and objects, virtual and physical realities when she hangs the image of the exhibition space printed on fabric in the exhibition space itself, recalling the tautological structures of Conceptual Art of the 1960s and 1970s. She simultaneously refers to an illusionist pictorial tradition and an epistemological problem – thereby creating another conceptual variant of trompe l’oeil. In addition, Zsuzsa Magyari deals with another important metaphor of intermediary life, namely sleep, as a recurring art historical motif. In her MA thesis, she gave an exhaustive survey of the iconography of the bed in 20th-century and recent art history (from Gustav Klimt to Michelangelo Pistoletto, from Robert Rauschenberg to Tracey Emin) and created her own version of the motif: a bed quilt which obeys the involuntary movements of sleep. The quilted surface of the duvet (an imaginary picture plane with an abstract raster) is distorted and shaped by the movements of an invisible subject. During the movement, temporary (existential) planes are created which blur the boundaries between wakefulness and the dream, presence and absence, virtuality and physical reality, installation and easel painting, the boundaries of the various media and formats. The “sterility” of the translucent, airy duvet object and the 3D animation simulating the movements specifically counteracts the intimacy of the chosen theme. The subject who uses and leaves marks on the objects is invisible: the objects of independent life seem to be humanized, yet the whole of the constellation seems to present the process of dehumanization. 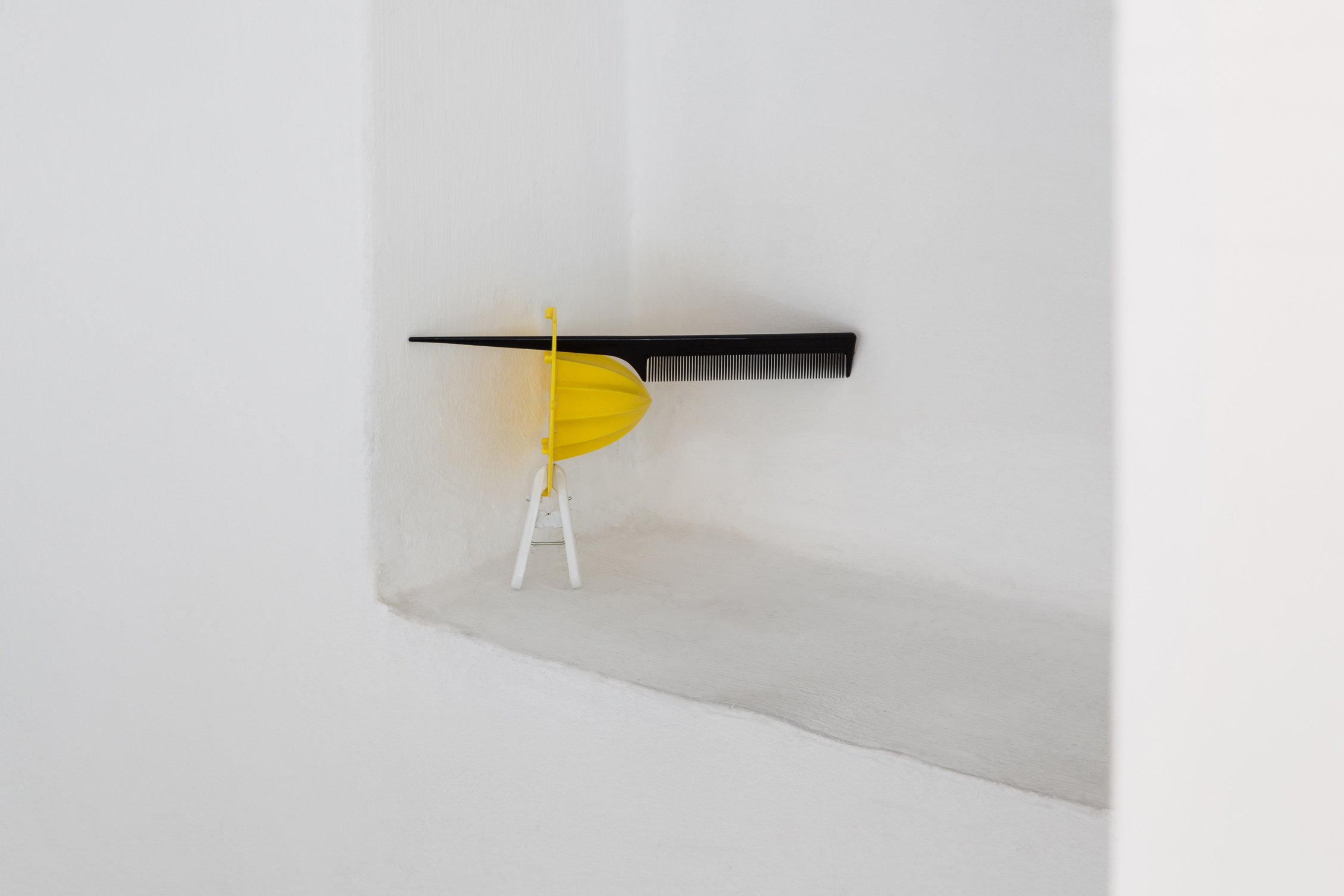 Zsuzsa Magyari’s installation can be interpreted as a metaphor for the entire exhibition: the associative logic of the exhibition – thanks to the artists and the curator, Mónika Zsikla – reminds us of a dream work, where the individual concepts and motifs move seamlessly and fully self-evidently into one another and respond to one another. It would be perhaps more than dangerous after viewing the exhibition through the texts of Joselit now to interpret it with Freudian concepts, because no matter how dreamlike the placement of motifs beside one another is, the objects are nevertheless the unique motifs, metaphors, and tropes of a world without dreams and utopias, which present the various modes of existence in between. They understand and interpret the theories and discourses of contemporary art. And their creators have thus officially stepped out of the university walls and into the art world. 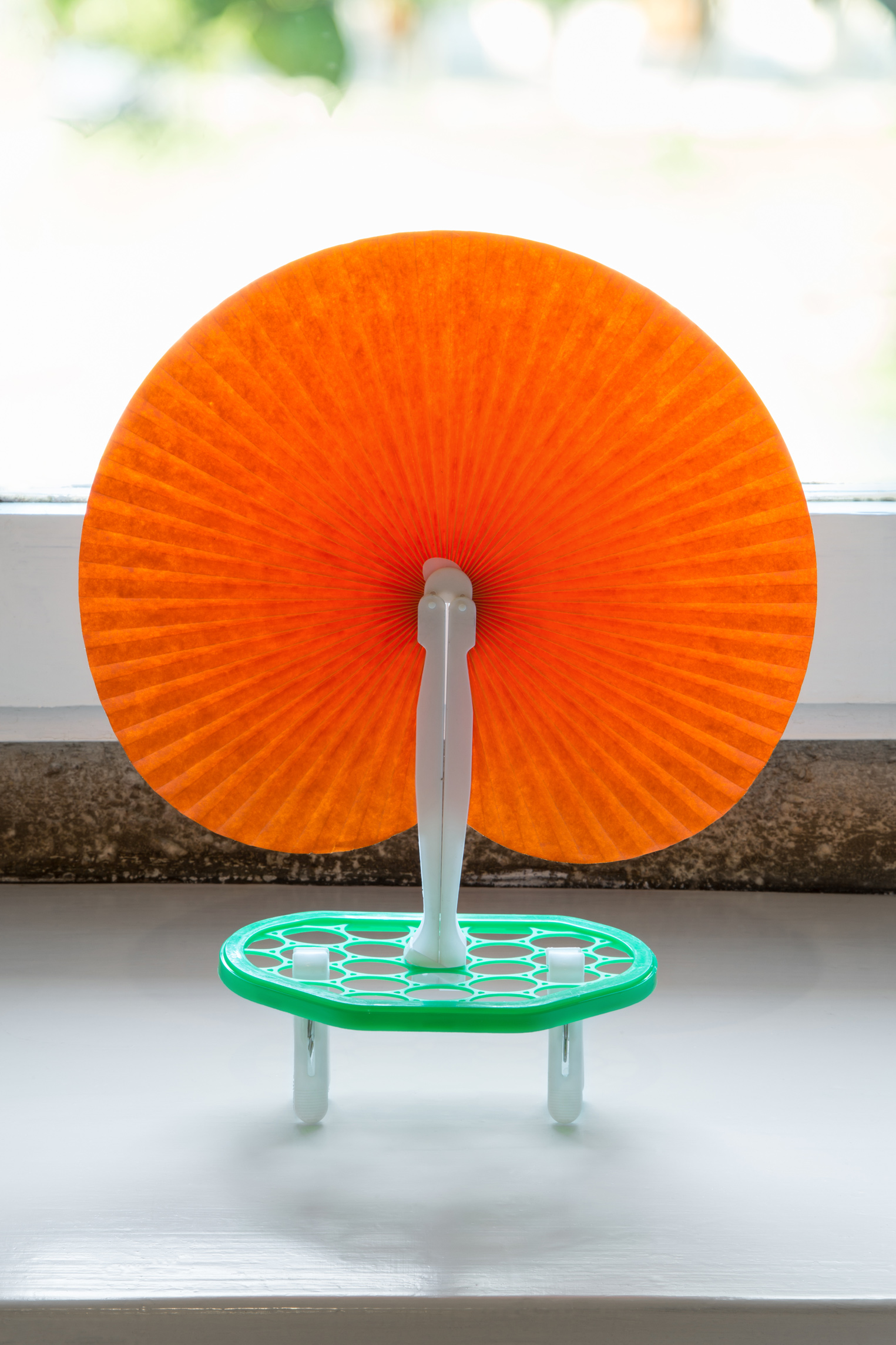 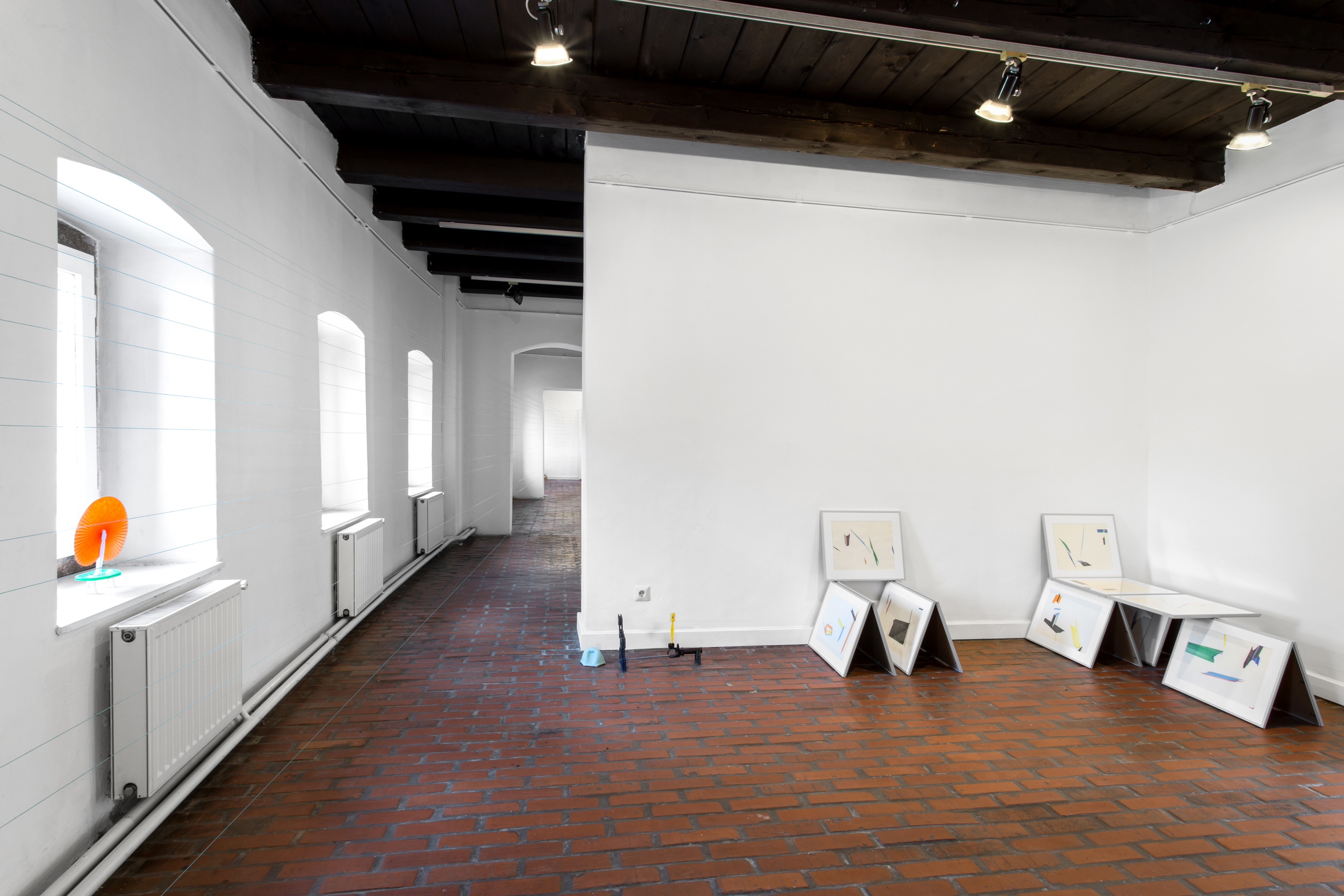 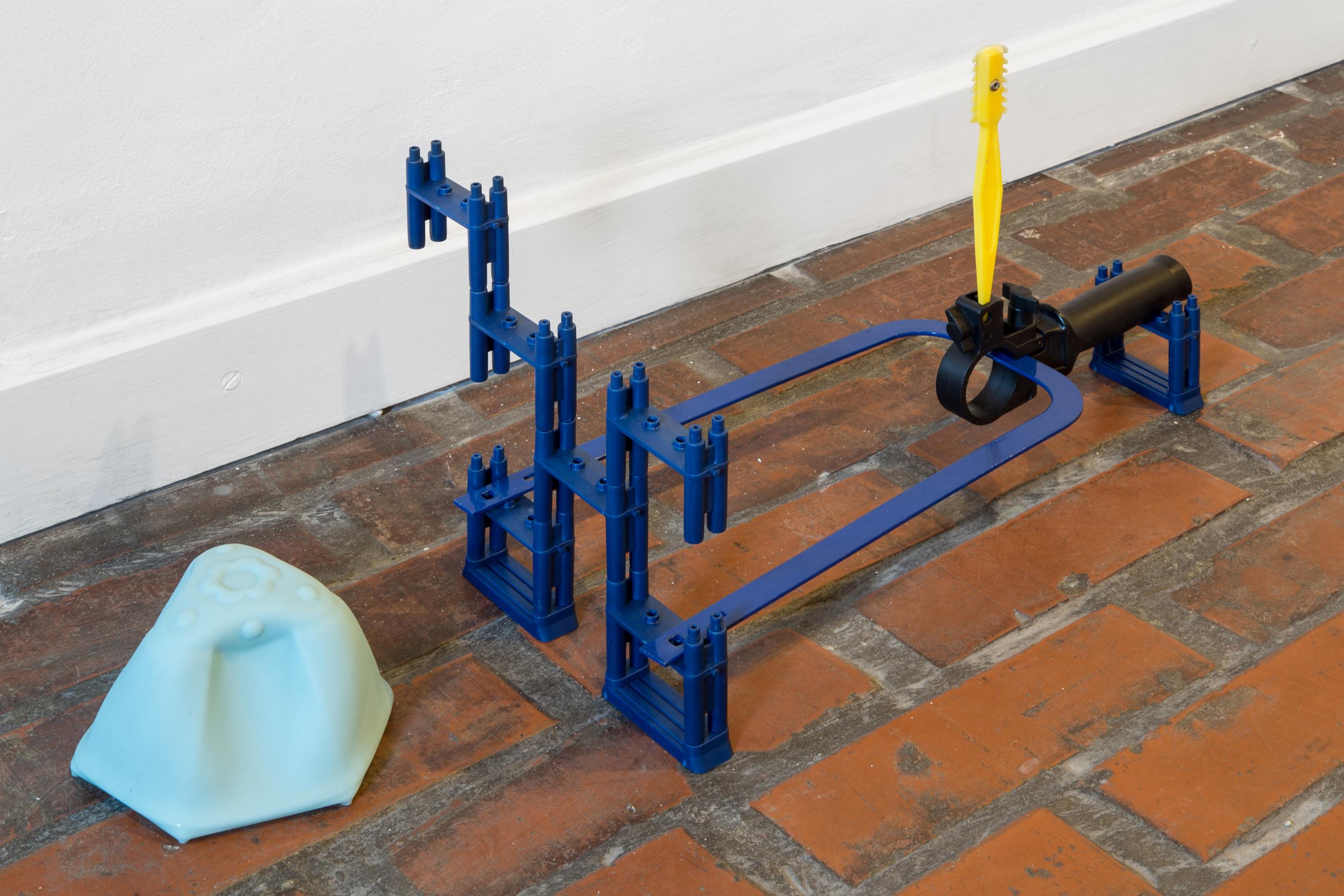 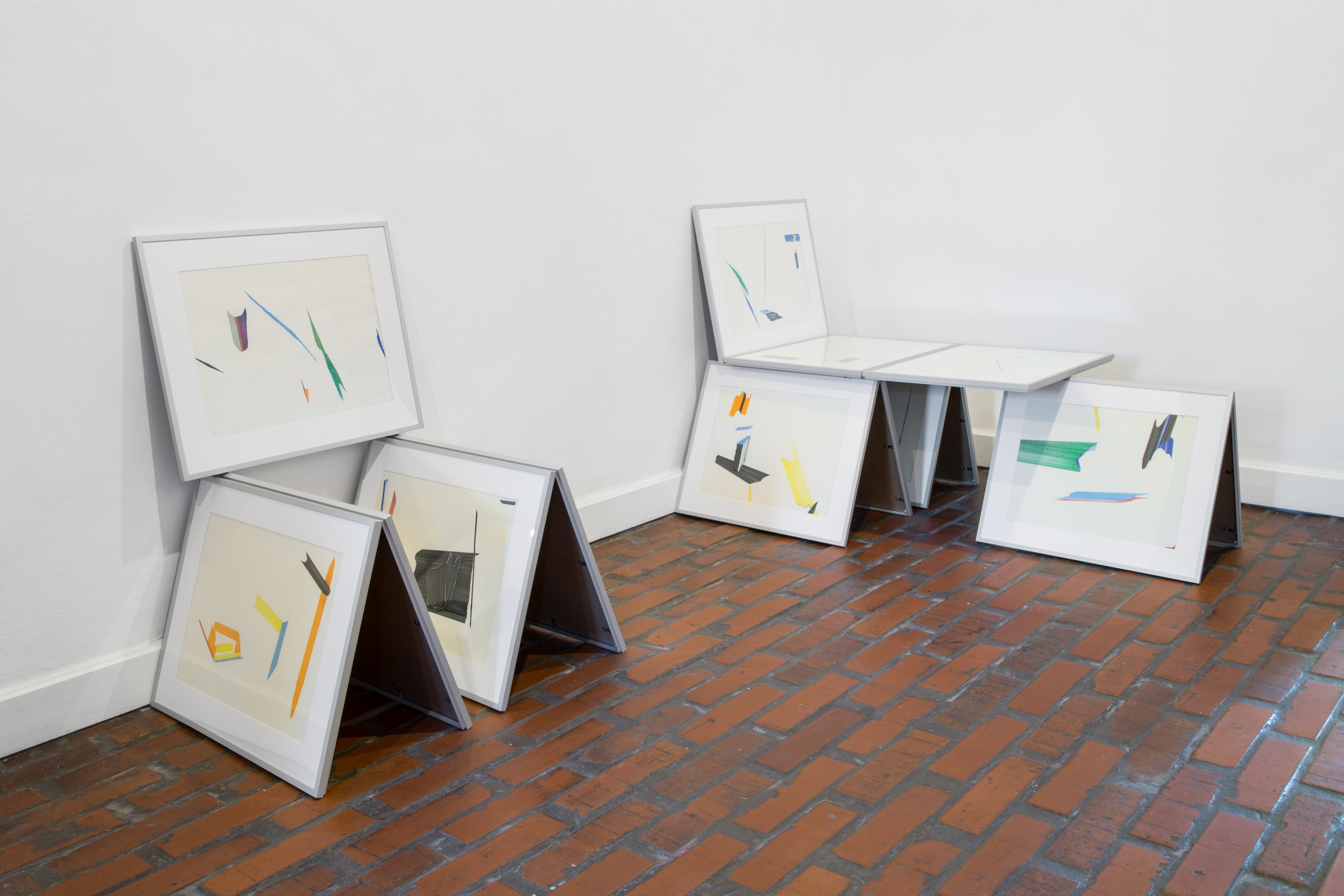 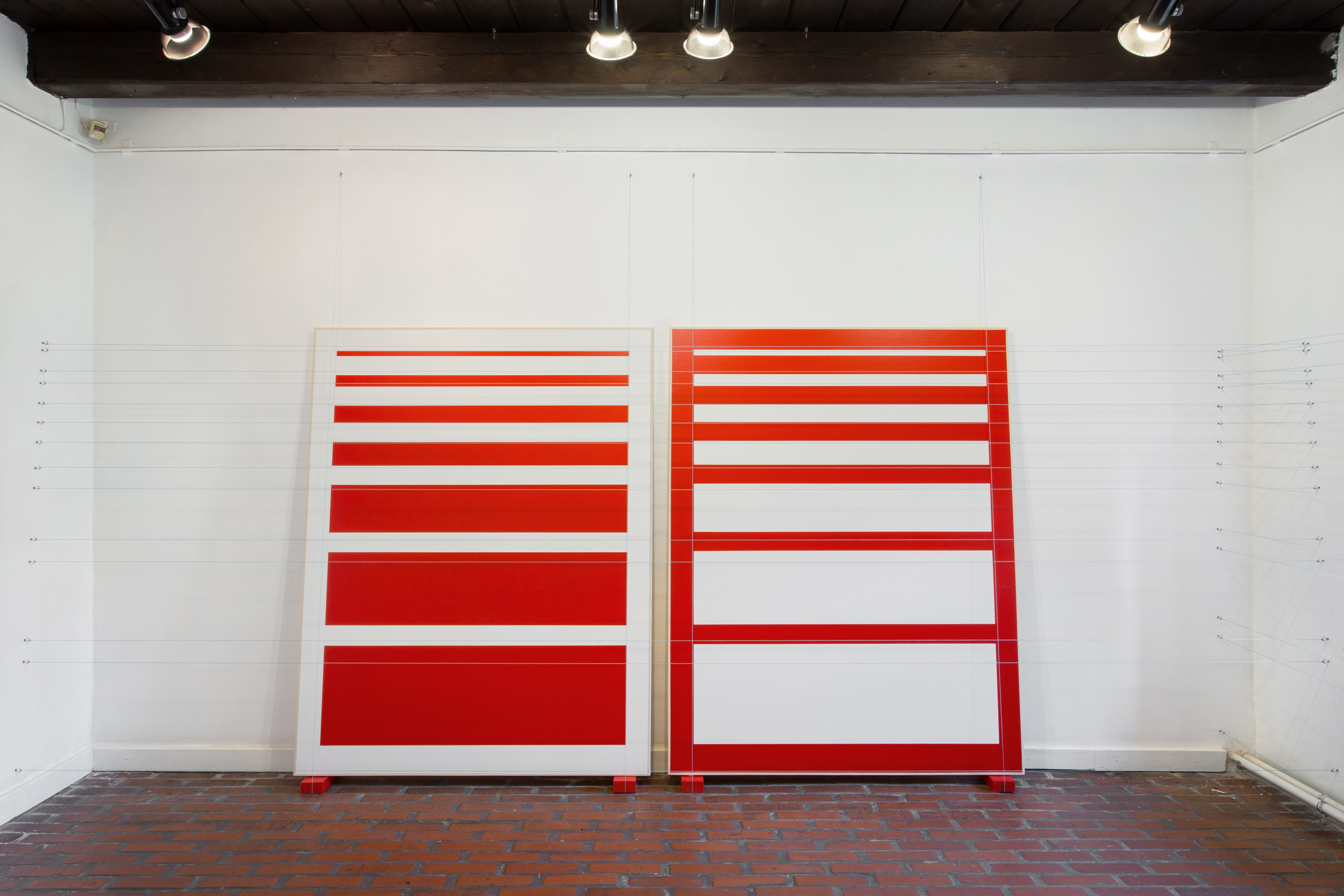