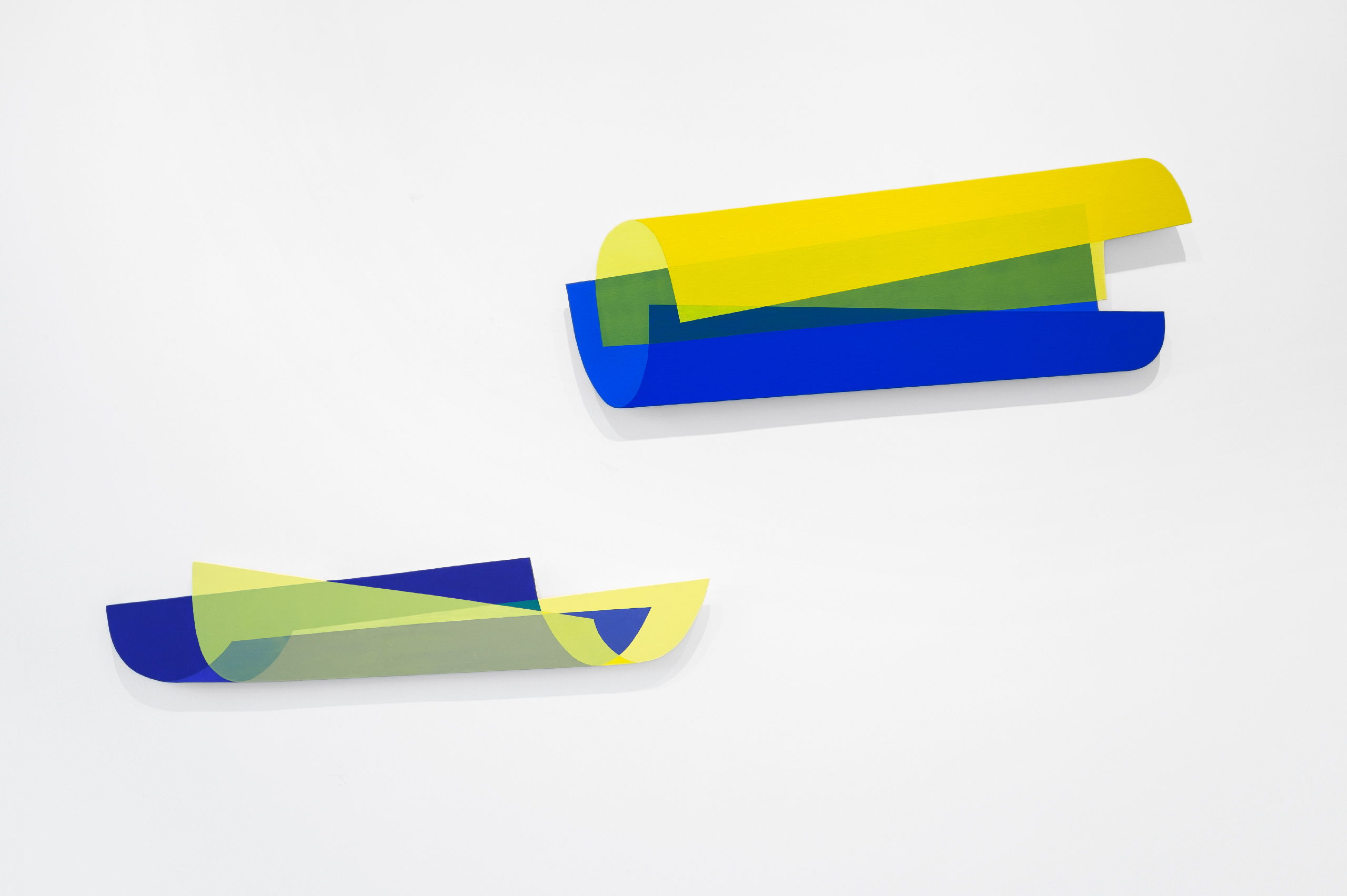 The exhibition at Vintage Gallery presents a selection of Dóra Maurer’s works of recent years. The title of the exhibition refers to one of the most important series of the artist’s oeuvre, the Quod libet pictures. From a historical perspective, the expression can relate to a musical composition that combines several different melodies in counterpoint, often in a playful manner, or it can also be a familiar type of Baroque trompe l’oeil still life, in which the illusory images of quotidian objects left or forgotten alongside each other emerge. While Maurer’s artworks (and series) are often built upon phrases that complement or counterpoint each other, and in this way present polyphonic musical structures; and illusory foreshortenings, projections and anamorphoses often recur in the artist’s compositions; nevertheless, the use of the expression Quod libet cannot be viewed as a specific art historical reference. The title relates much more to a creative method and artistic approach, characterised by an experimental spirit paired with playfulness. Maurer’s artworks – created in various media – are based on defined systems and structures, which the artist shifts and slides apart, step by step, and in this way creates new forms and combinations of colour. The recurring motifs and objects of Maurer’s paintings are illusorily inclined planes and fields of colour, intersecting each other, which over the years have increasingly diverged from the system linked to compositions of the artist from the 1970s, including her Quantity Boards, Displacements, and her Quasi Images building upon them: they playfully stretch out, hover, bend onto and into each other, and sometimes follow each other in a sequence of phases of motion. The Quod libet pictures are perspectivally foreshortened, while the Overlappings compositions cover and overlay each other as imaginary shell-like structures, and the motifs of the IXEK series, crossing and intercepting each other, create new colour combinations and constellations. Maurer has aptly referred to her latter compositions, more poetic than all that came before, as a “form gymnastics”. The formations hovering in imaginary space are bending onto each other, and are often in a “reciprocal” relationship. We might even refer to as “film colors” (quoting Josef Albers’ volume on colour theory, Interaction of Colour, translated into Hungarian by none other than Dóra Maurer). The imaginary movements of these forms call into being the intensive vibration of the complementary colours and the cold-warm contrasts, or their harmony filled with melancholy. Maurer’s art can be described as the free play of the changing constellations of moving planes – the entirety of her life oeuvre is the embodiment of a consistently unfurled conceptual programme, which, contrary to appearances, takes as its primary point of departure not artistic or mathematical, but rather epistemological questions. In the insightful words of Dieter Honisch, what interests Dóra Maurer “is not art, but reality and the perpetually changing manifestation of reality.” The exhibition at Vintage Gallery presents new constellations of “the perpetually changing manifestations of reality.” According to the principle of “as you like it”, it is as if the configurations writing onto and into each other, similarly to musical scores, would “play” before our eyes the process of the birth of forms, and thus giving dynamic, yet motionless images of the joy of creation.

Dóra Maurer belongs to the key figures of Hungarian art history, who from 1968 as a dual citizen, commuted between Vienna and Budapest, fostering the development of the international network of relations of the Hungarian neo-avantgarde. Alongside her activity as an organiser in the art scene, her engagement in art pedagogy was also of epochal significance, with the Creativity Exercises that she co-led in the 1970s with Miklós Erdély forming the thinking of a new generation of artists, while after 1990 she nurtured several new generations of artists as a professor of the Hungarian University of Fine Arts. From the 1970s, she has regularly shown in Austria and Germany, and today she can be considered practically the most well-known Hungarian visual artist on an international scale, who has become a part of the global art historical canon. Recently, Maurer’s works have been acquired by such defining public collections as the Tate Modern in London, the Centre Pompidou in Paris, the Museum of Modern Art (MoMA) in New York, and The Art Institute of Chicago. Her works at the Istanbul Biennial in 2011 generated significant international attention. In recent years, Maurer has taken part in such large-scale group exhibitions as in the Centre Pompidou (Promises of the Past, 2011), The Art Institute of Chicago (Light Years: Conceptual Art and the Photograph, 1964–1977, 2011; Photography Is, 2014), MoMA (Transmissions: Art in Eastern Europe and Latin America 1960–1980, 2015), Whitechapel Gallery (Adventures of the Black Square: Abstract Art and Society 1915–2015, 2015) and the Tate Modern (Performing for the Camera, 2016). White Cube in London also presented her work in two solo exhibitions (6 out of 5, White Cube Mason’s Yard, 2016; Dóra Maurer, White Cube Bermondsey, 2019), and furthermore represents her officially from 2019, alongside Vintage Gallery in Budapest. Dóra Maurer’s retrospective exhibition was opened this year at the Tate Modern, which can be considered a milestone – not only for the life oeuvre of the artist, but more generally also for the international reception of Hungarian art. 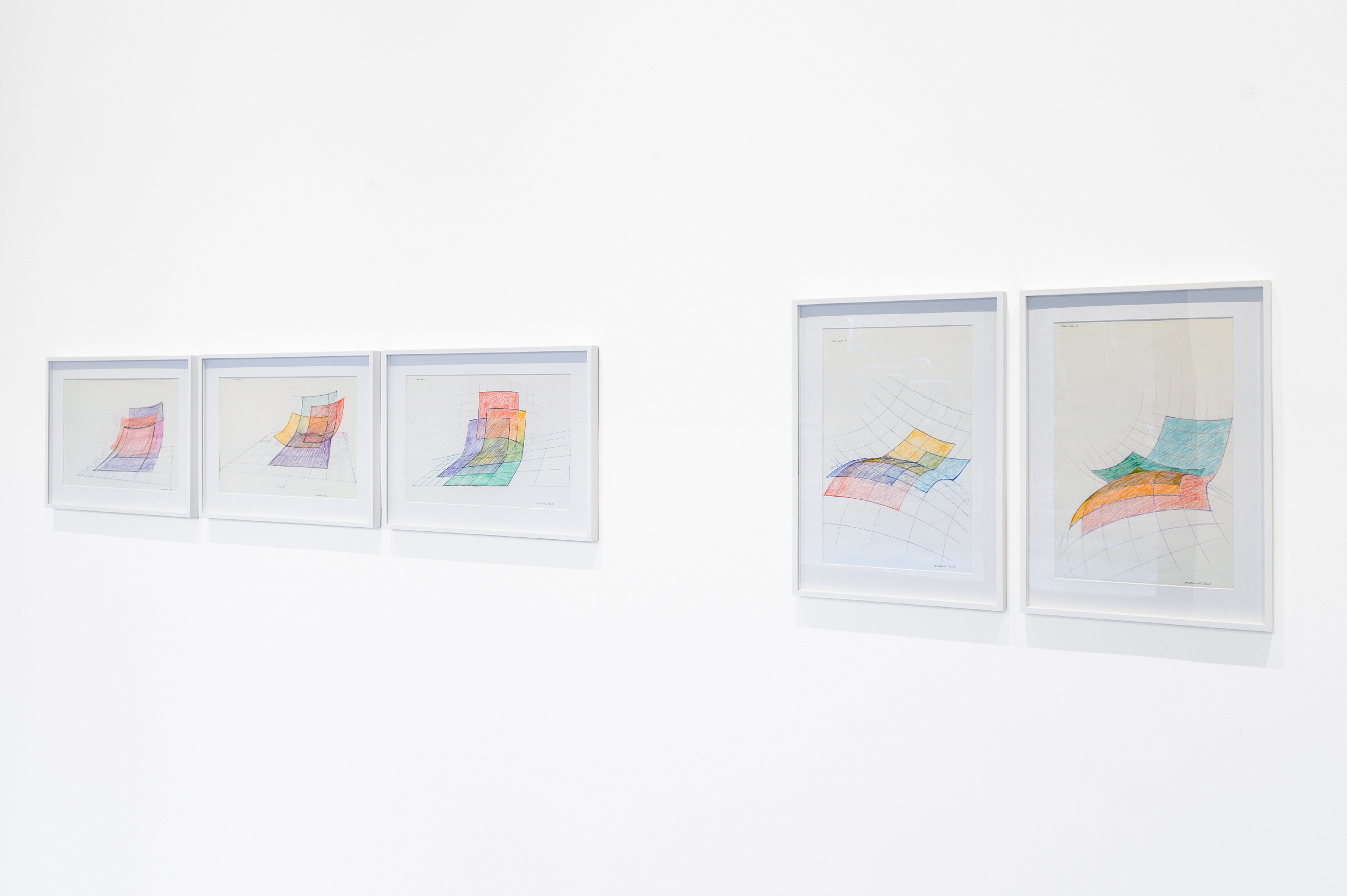 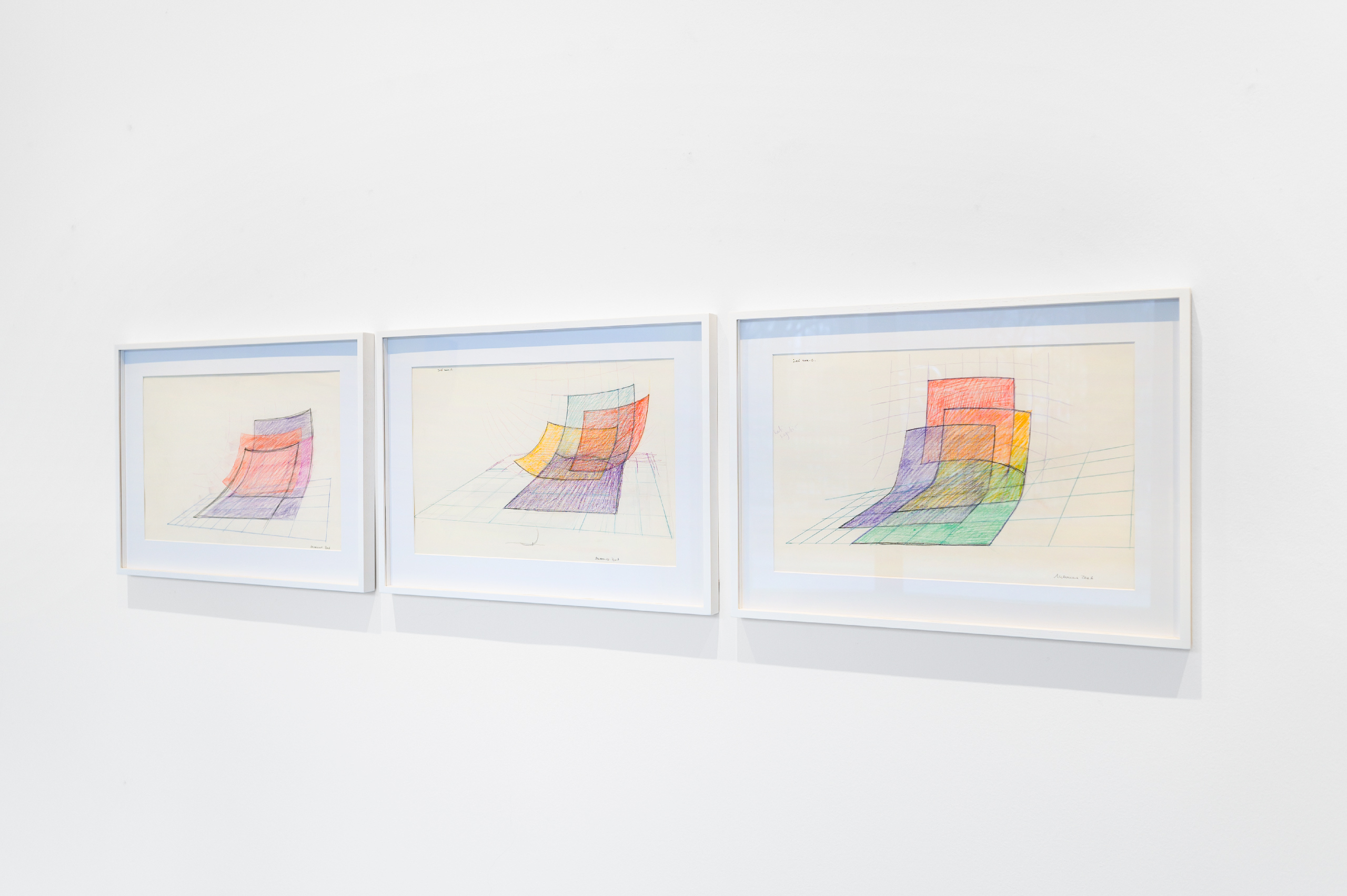 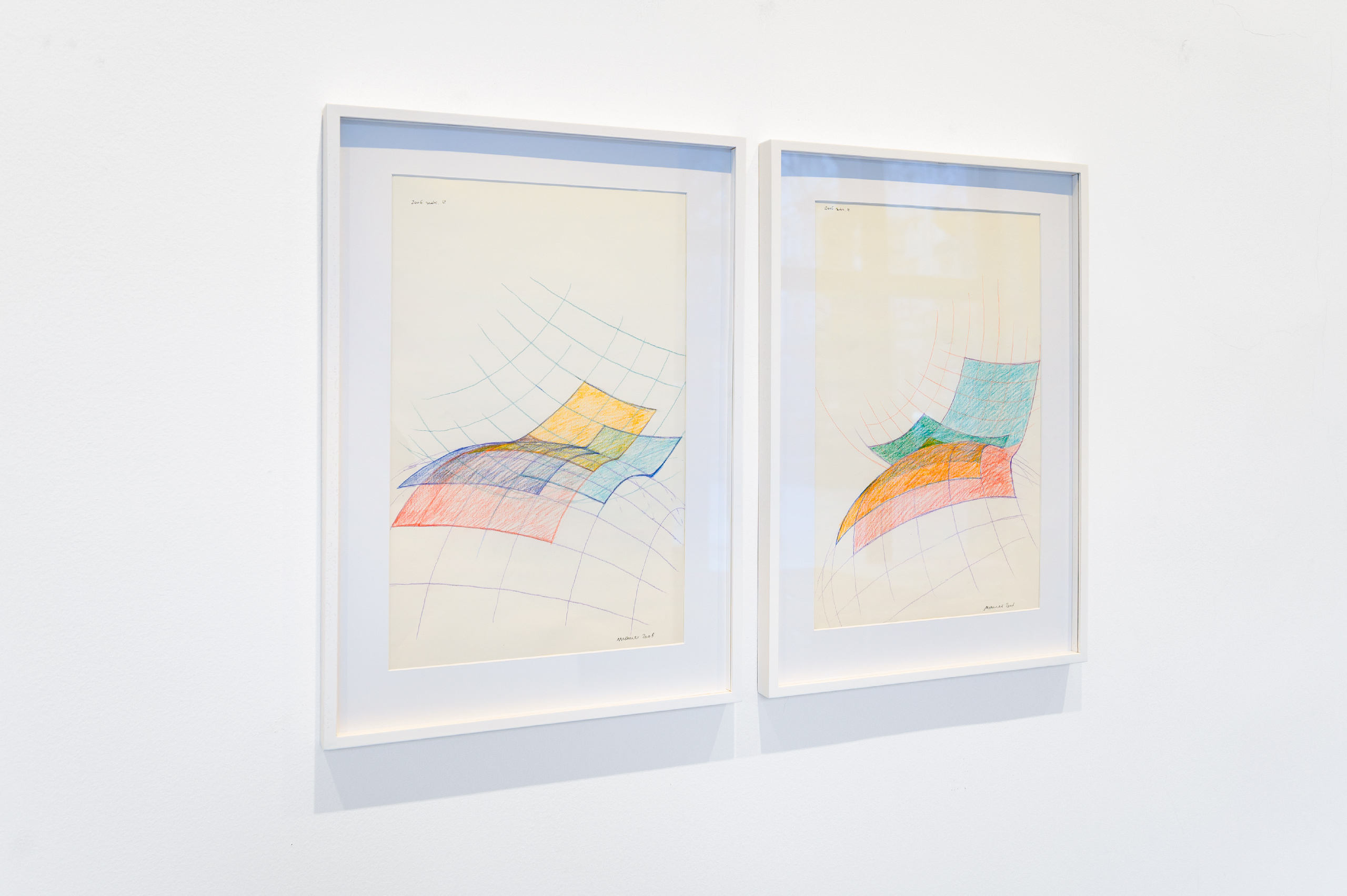 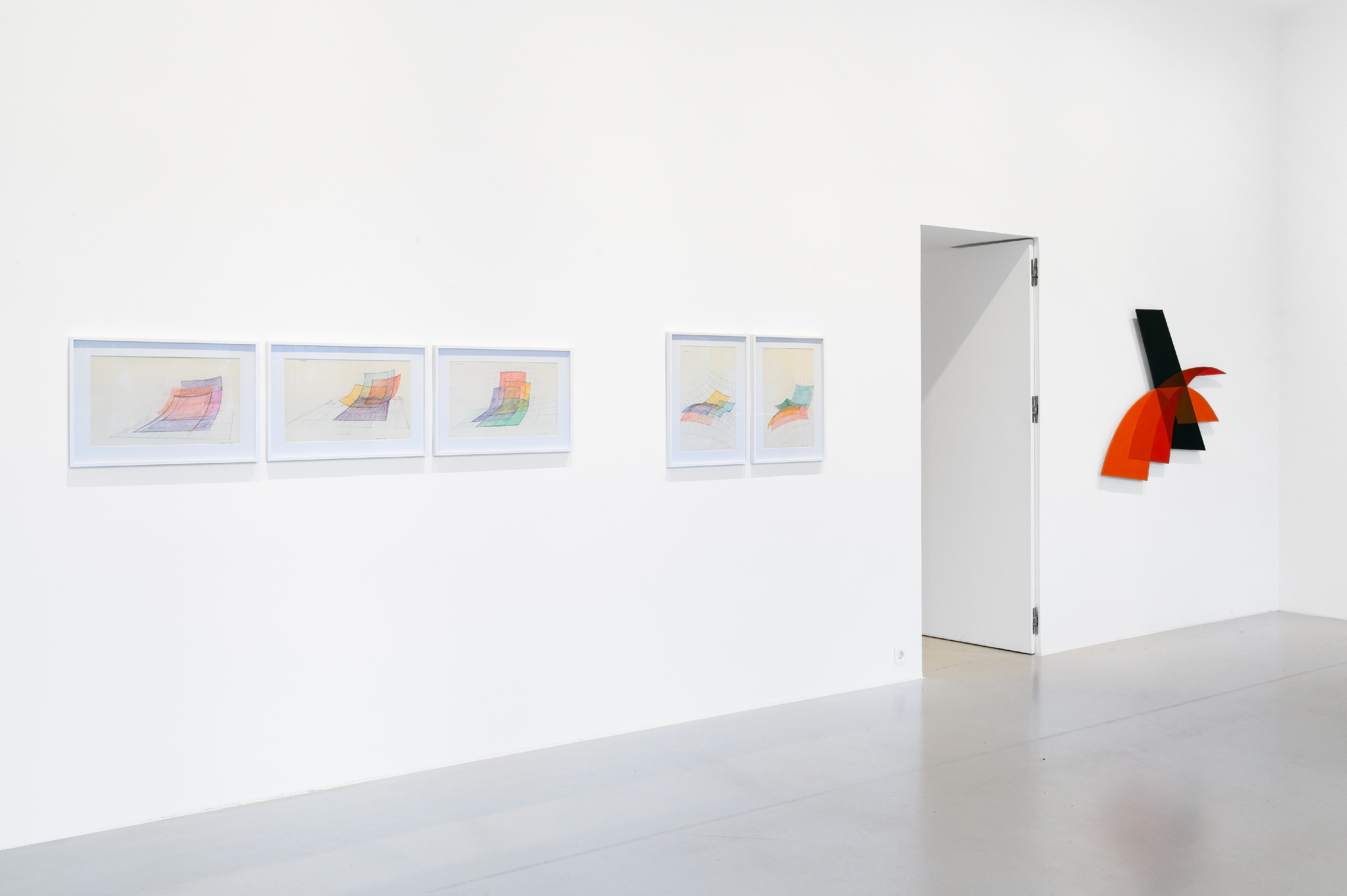 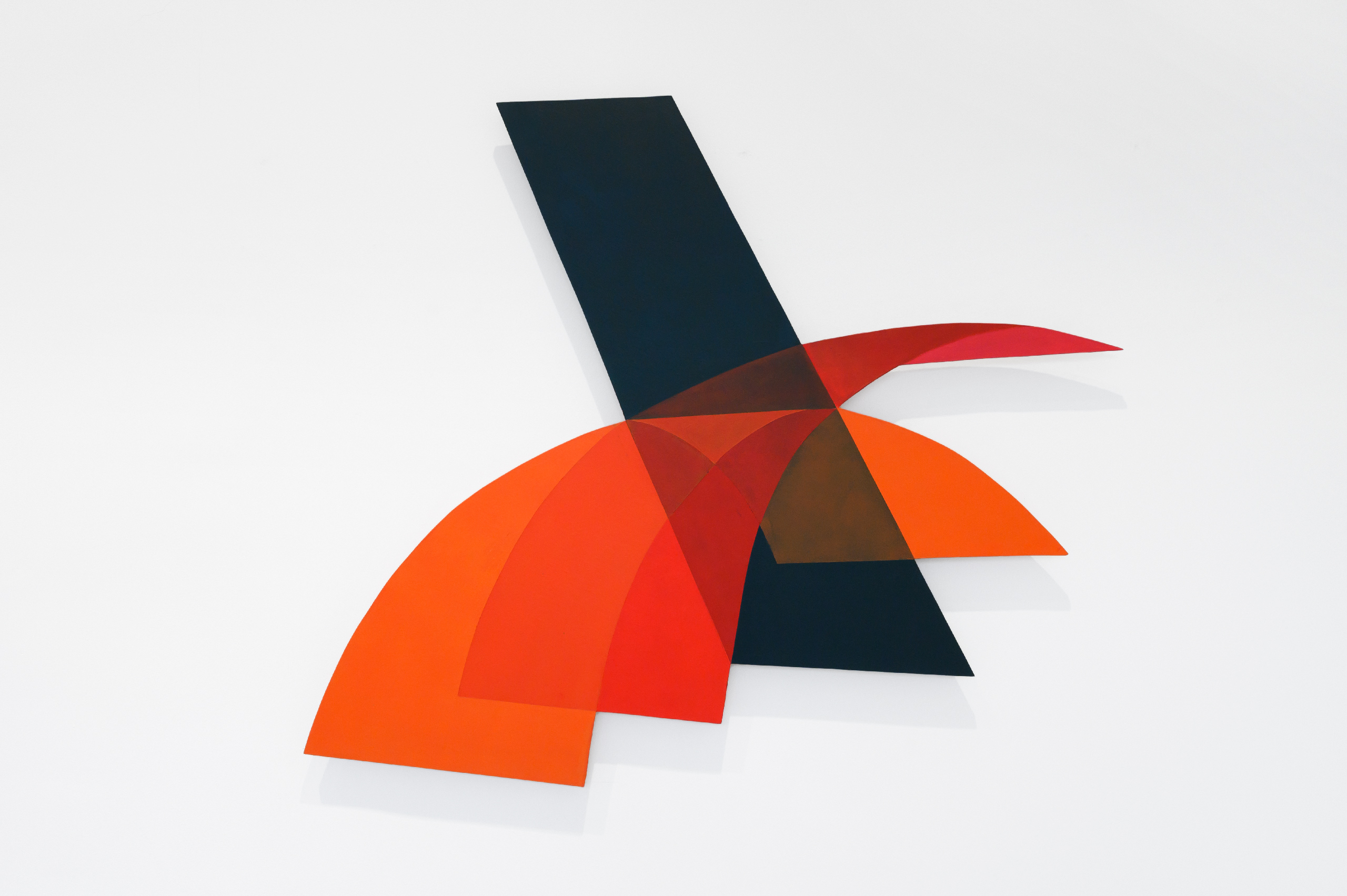 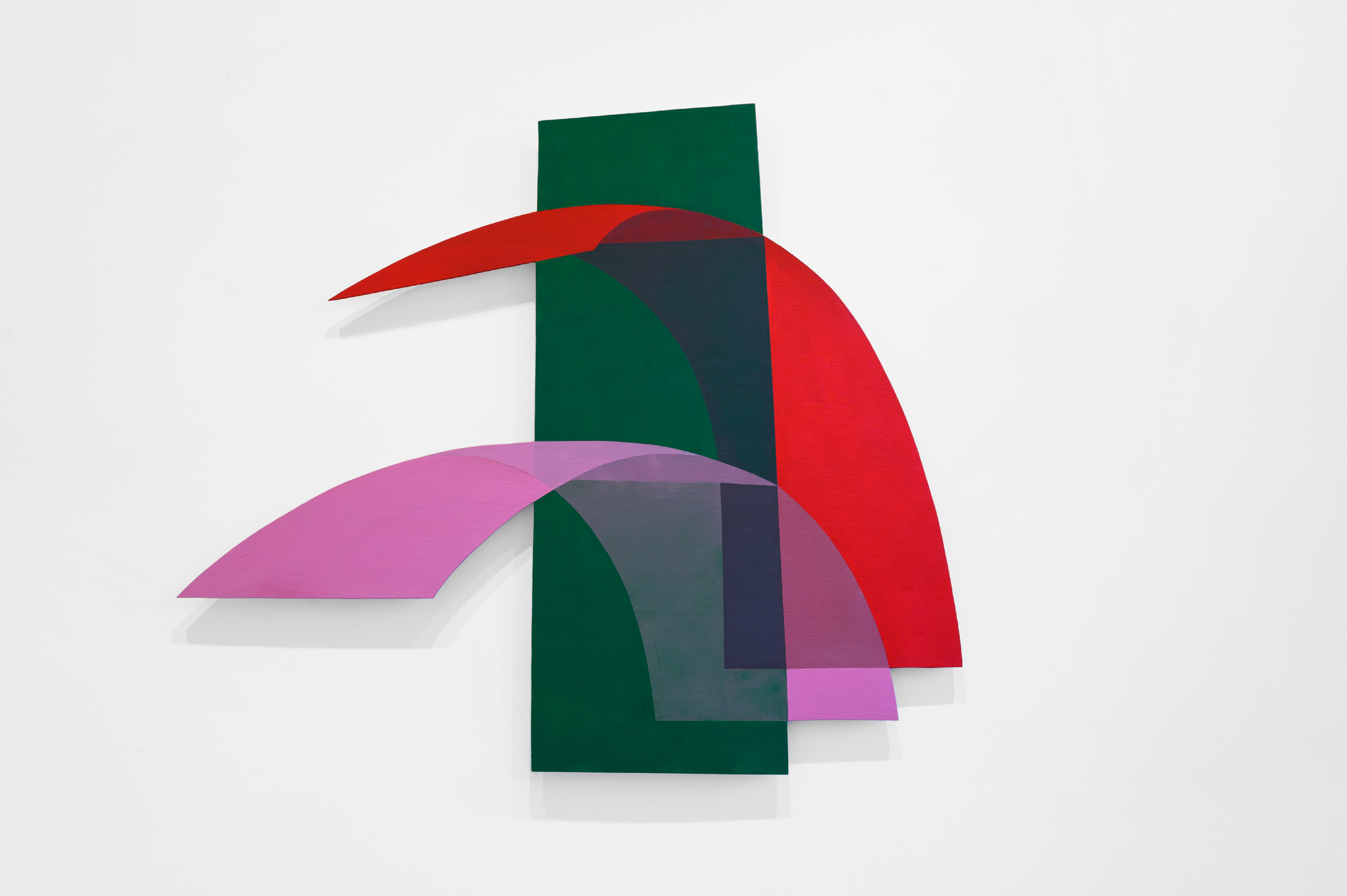