A Conversation with Nathalie Bachand* | Part 1

Zsuzsanna Szegedy-Maszák: In your lecture given at the Ludwig Museum you began by stating that media art is ever more present in the art world. Can you be more specific? In your view, is media art more present alongside other types of works in large art exhibitions, such as biennials, or does media art have more of its own festivals and exhibitions? Your recent project, Dead Web, addresses the subject of the co-habitation of traditional and new media. Which do you think better serves the interests of new media art, having its own platform or being integrated?

Nathalie Bachand: I think that somehow both are necessary: they are complementary, and they reach different audiences, which is very important, I think. Media art evolved parallel to the contemporary art milieu for many years after it began to emerge, with some works which had a more official presence, such as the artworks of Nam June Paik,1 to mention one of the most obvious examples. Otherwise, it has mostly remained a curiosity alongside what was considered the “real deal”. Then, as you mentioned in your question, festivals and dedicated events started to bring media art onto the artistic scene, or at least onto a certain scene which they created. One might think of the 9 Evenings: Theatre and Engineering in 1966 in New York City, better known as E.T.A. Experiments in Art and Technology,2 where artists and engineers from the Bell Lab collaborated to create experimental performances. One could think of E.T.A. as the most famous progenitor of this network of media and digital art events, a network which is very present in Europe, Asia and the Americas, alongside the famous Ars Electronica3 in Linz, a festival model which has remained dominant since 1979. This very strong network of events was, for years, the main platform where one could appreciate new media and digital art. And it still is, even if the contemporary art world is more and more “open” to welcoming media art within its walls. It’s a slow change which we can actually see taking place at this very moment. Think of this group show, alt+R, Alternative Reality,4 which was presented last June and July at the Palais de Tokyo in Paris, with, notably, the installation Terre Seconde by new media artist Grégory Chatonsky.5 The installation project, which is a new world envisioned by artificial intelligence, constitutes a significant example of media art in a major museum. Closer to me, we held a major solo exhibition by Rafael Lozano-Hemmer6 last summer at the Montreal Contemporary Art Museum,7 and the summer before, we held an Olafur Eliasson8 exhibition. That was a meaningful move on the part of museum to give such visibility to media art practices, even if they have been a bit late in coming to this. But aren’t we all late when it comes to making sense of the ways technologies shape not only art but our culture in general and basically everything around us?

Right now, two processes are underway simultaneously. Media art is largely diffused through a lot of specialized platforms while at the same time it is more and more integrated into the larger contemporary art context. It is important to bring new media artists out of their “digital ghetto”, because they have something to say about the world we live in, and I think they should be part of the contemporary art conversation. New media and digital art have something to say in a language which belongs to our current reality.

NB: Canadian contemporary art museums do collect media art, but in modest proportions compared to other art practices. They generally talk of contemporary art, whether they’re speaking of robotic art, computer art, net.art, etc. They have not integrated a specialized vocabulary which may consider media artworks as something separate from the rest of the contemporary art field. I’m currently working on a research project about media art preservation, and each museum conservator with whom we met for interviews told us pretty much the same thing, namely that they approach media art from the same perspective from which they approach other art practices. Which is good because it is inclusive, but also not that good at the same time, because it means they doesn’t necessarily acknowledge and address the technological specificities which the preservation of works of media art may require in the long term. But time will tell, as always… Besides, artists-run centres in Canada – a very specific model of art centres managed mostly by artists, with a majority of artists on their Boards of Directors – use a more specific vocabulary when it comes to media and digital art. Some of them are also specialized in the diffusion of media/digital art. This cohabitation, side by side, of specialized and non-specialized art centres encourages the artistic community to develop a common language with which we can understand each other. One should also note the existence of a media art representation organization called Conseil québécois des arts médiatiques – CQAM9 (which could be translated as Québec Council for Media Art). This organization gathers art centres and artists from both the independent cinema and the digital art milieu, and it brings up important issues about artists’ rights and related political concerns. This organization is an important part of the Québec media art network’s ecology, and it contributes to the clarification of its specific vocabulary.

ZsSz-M: Are there types of media art that you prefer over others?

NB: I don’t have preferences. I’m really into whatever art practice can talk cleverly about our present time and our world in general, media art or not. I’ve been involved with media art for many years through my position at Elektra10 and the BIAN11 (International Digital Art Biennial) in Montreal, but I also have a background in the visual arts and, because of that, I feel very close and comfortable with a wide range of art practices, from painting to web-based artwork. 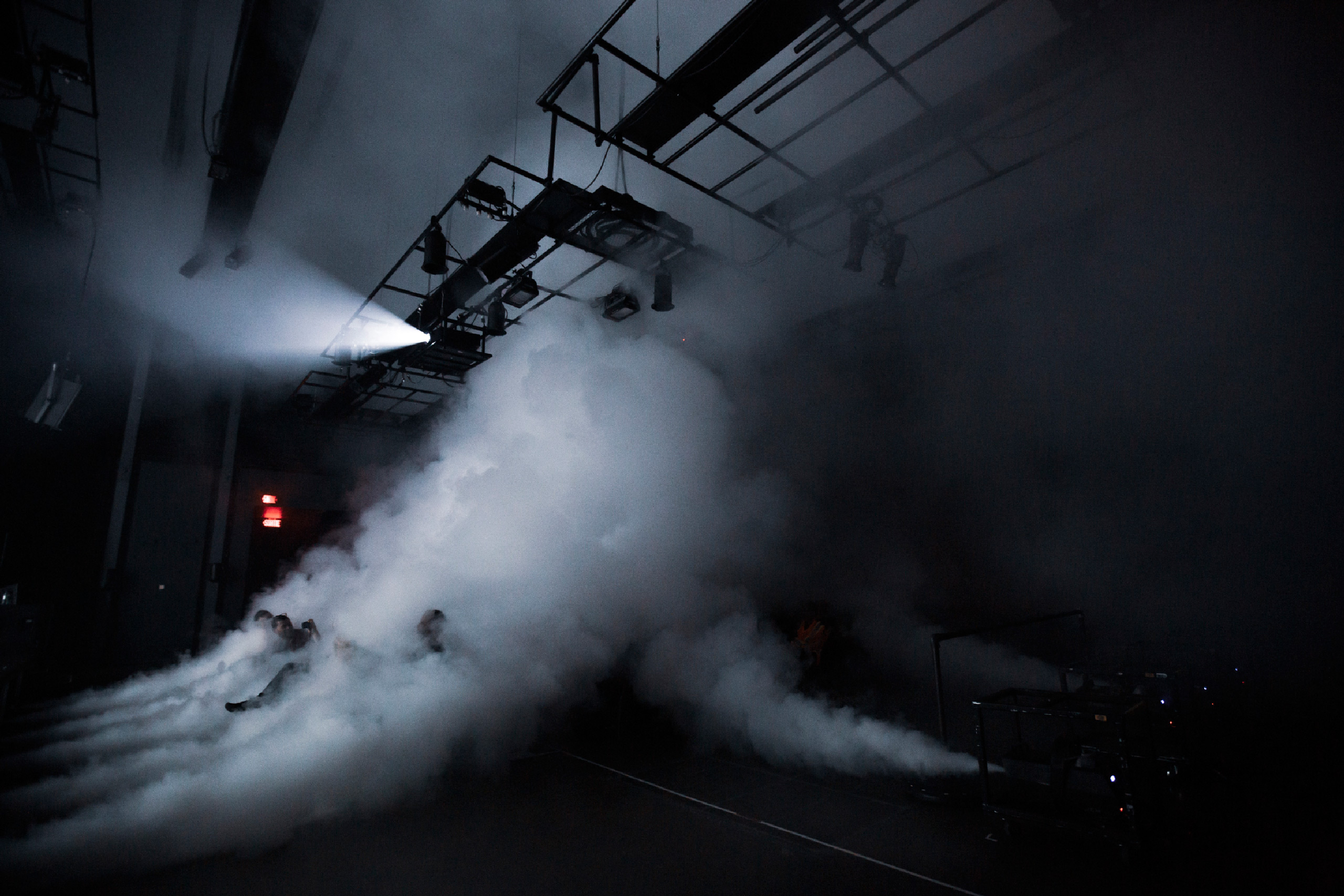 ZsSz-M: In your presentation about exhibitions you recently curated, I noticed that there were several works which included sound and several works which generated sounds, images, or texts. Does this selection reflect your personal interests, or do you see these works as particularly telling examples of current trends in new media art?

NB: Well, I did not curate all the artworks I presented during that talk. It was a mix of my curating projects and a larger panorama of Canadian media artworks which I thought would be important to present and talk about. These works, which generate sounds, images, or texts (as you’ve seen in my presentation with, for example, Véronique Béland’s generative installation This is Major Tom to Ground Control),12 have really been part of current media art practices for many years. But not only in Canada: pretty much everywhere where one sees an interest in learning coding and algorithmic programming, alongside development in AI and other tech research, which of course is very present in Canada and the United States (think of the Silicon Valley tech industries). The accessibility of knowledge and tools have always been part of what shapes media art “trends”, they take part in the construction of the artistic identity of different parts of the world.

It is also worth mentioning the amazing 3D animation works and digital images by artists such as Sabrina Ratté,16 Julie Tremble,17 and Philippe Hamelin18 and the post-internet art practice of artists like Jon Rafman,19 a Canadian new media artist who one cannot fail to take into consideration. 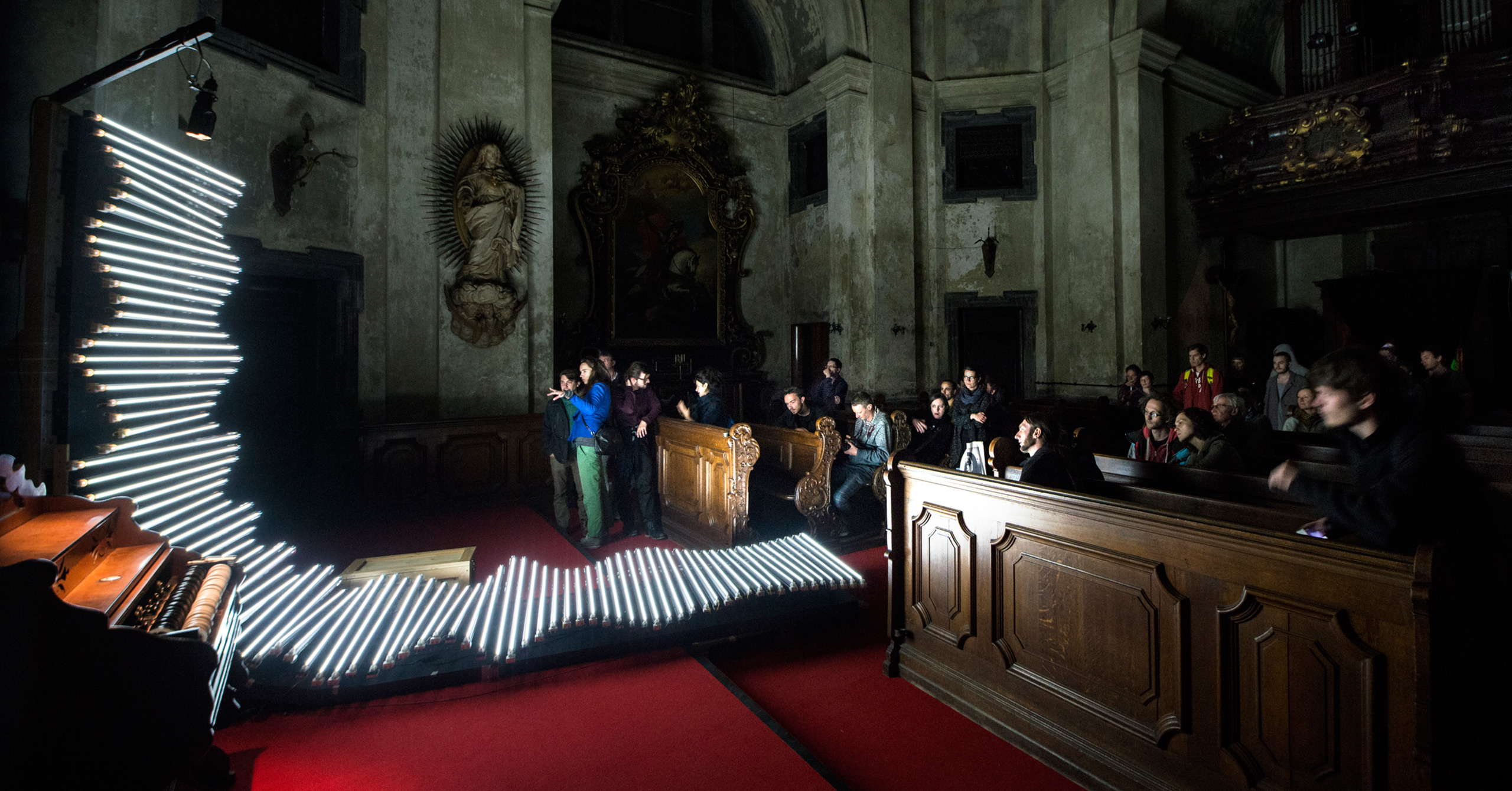 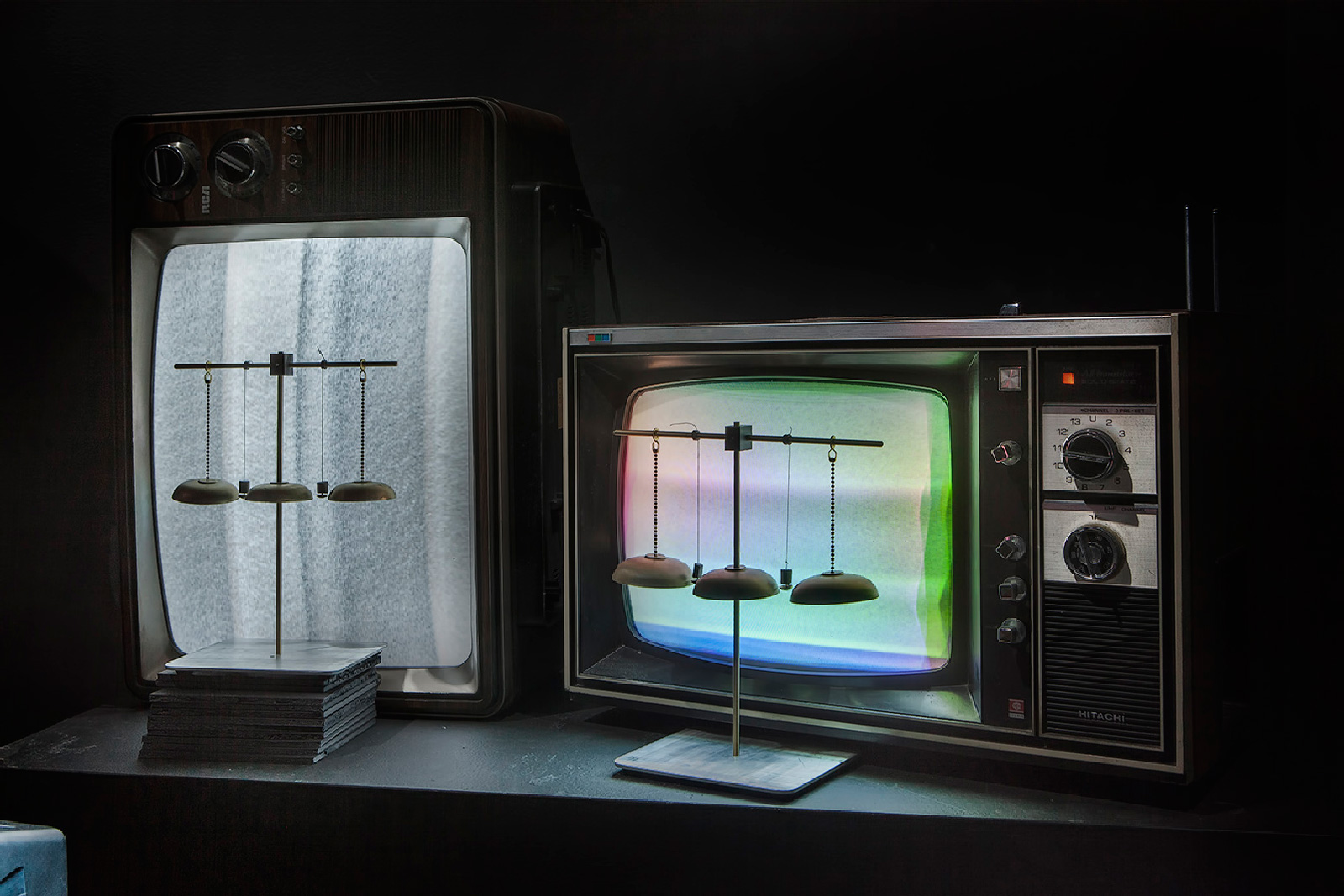 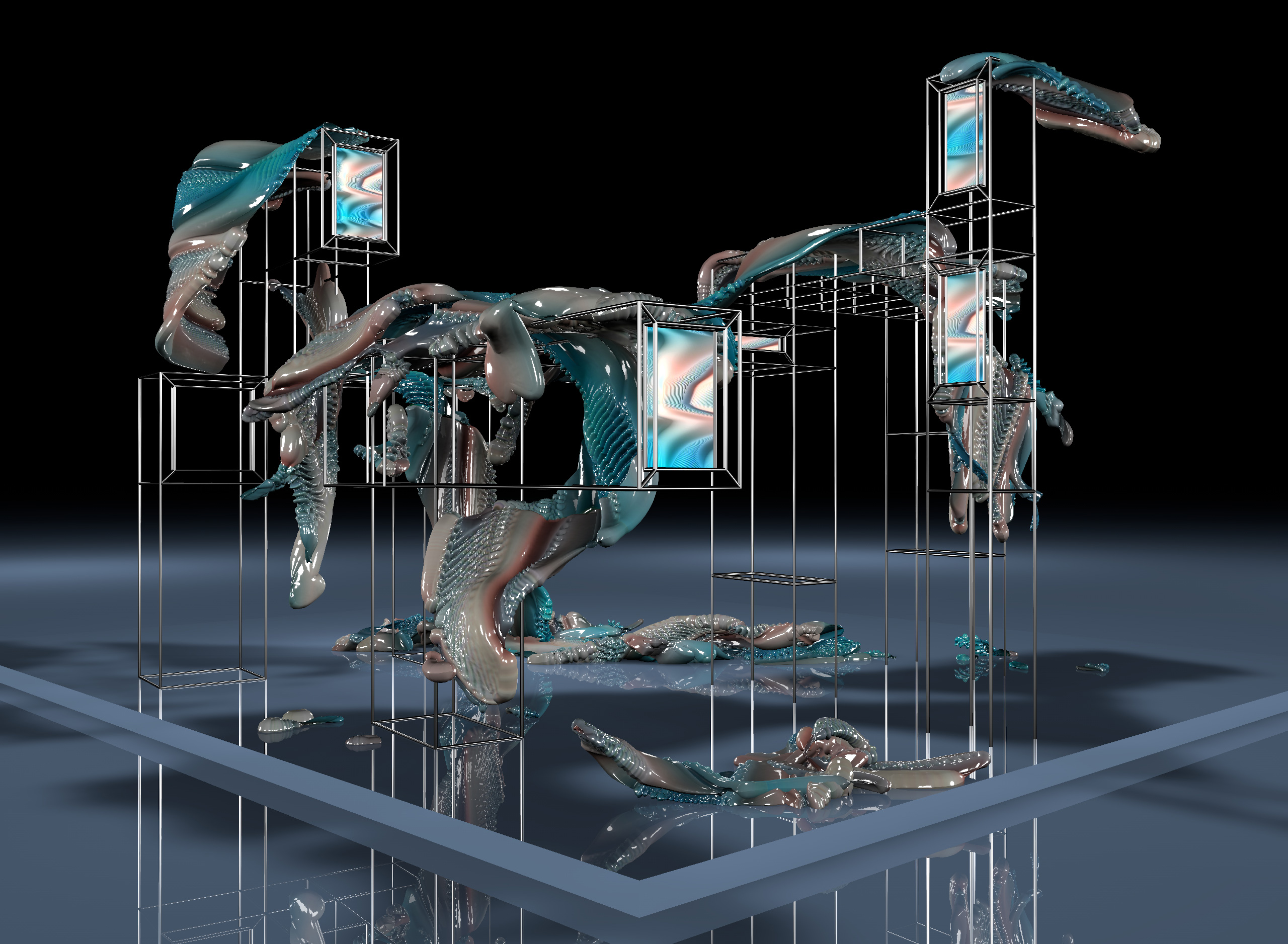 Sabrina Ratté: Geometry of the Dream-Space, 2019. Image: courtesy of the artist. 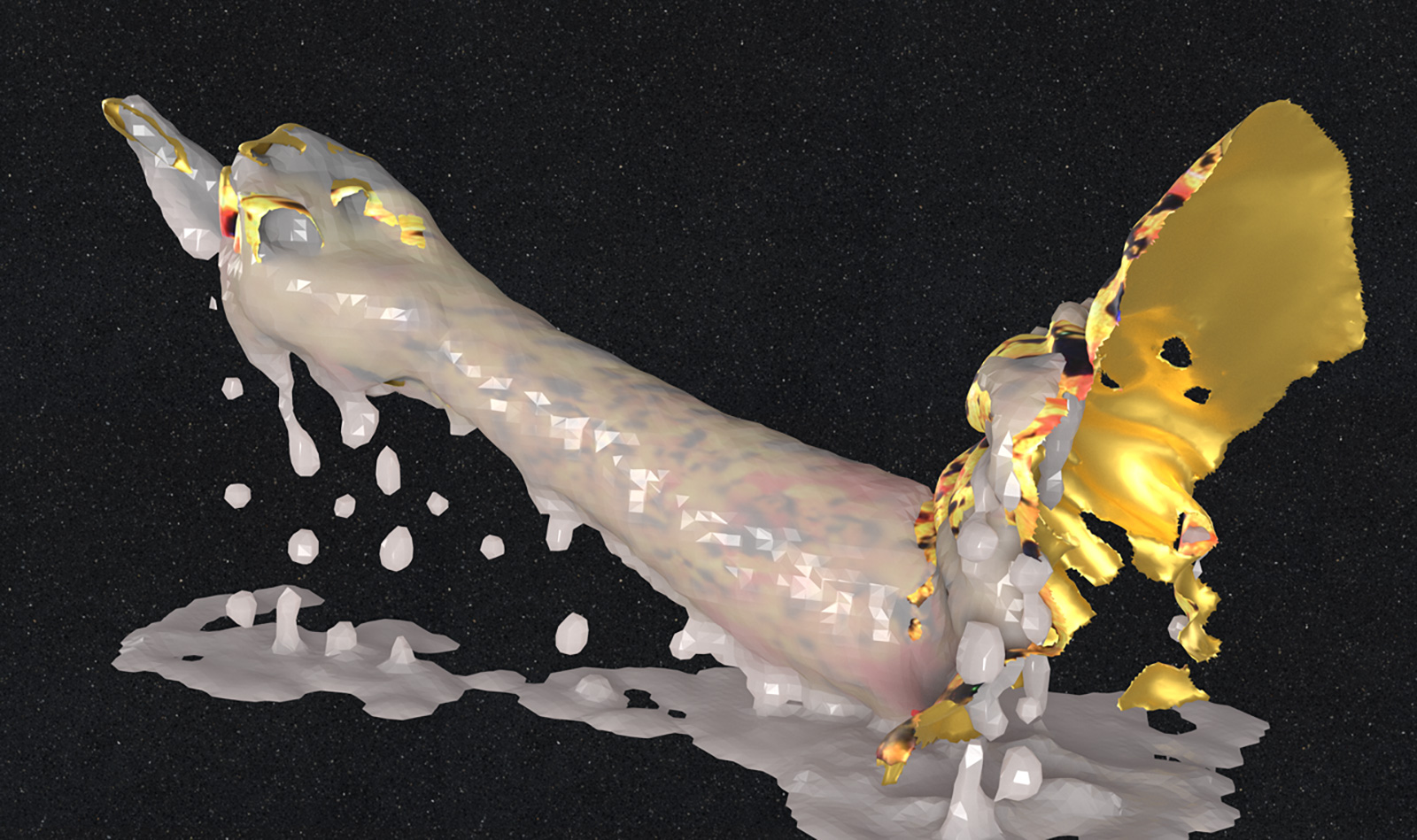 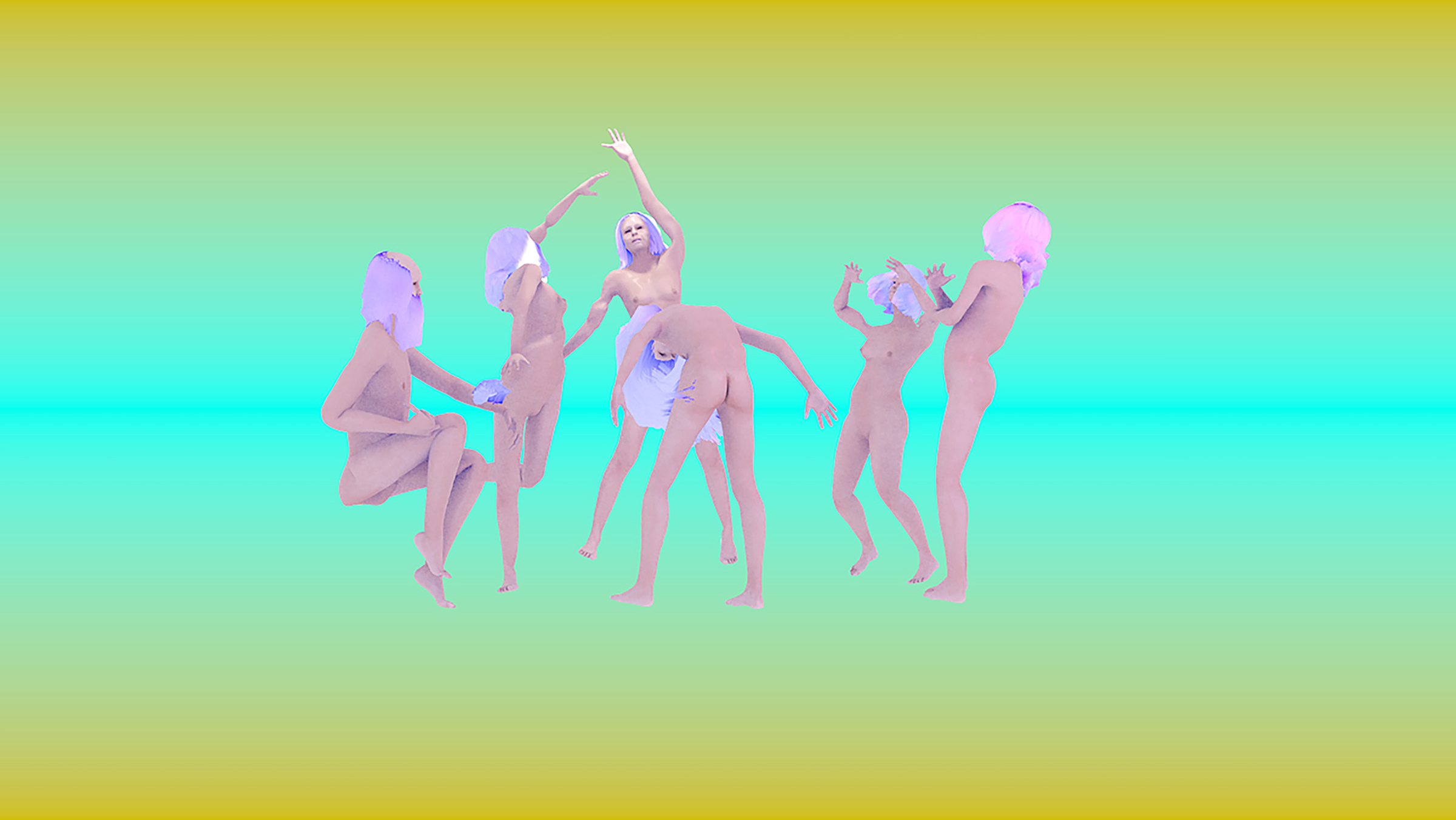 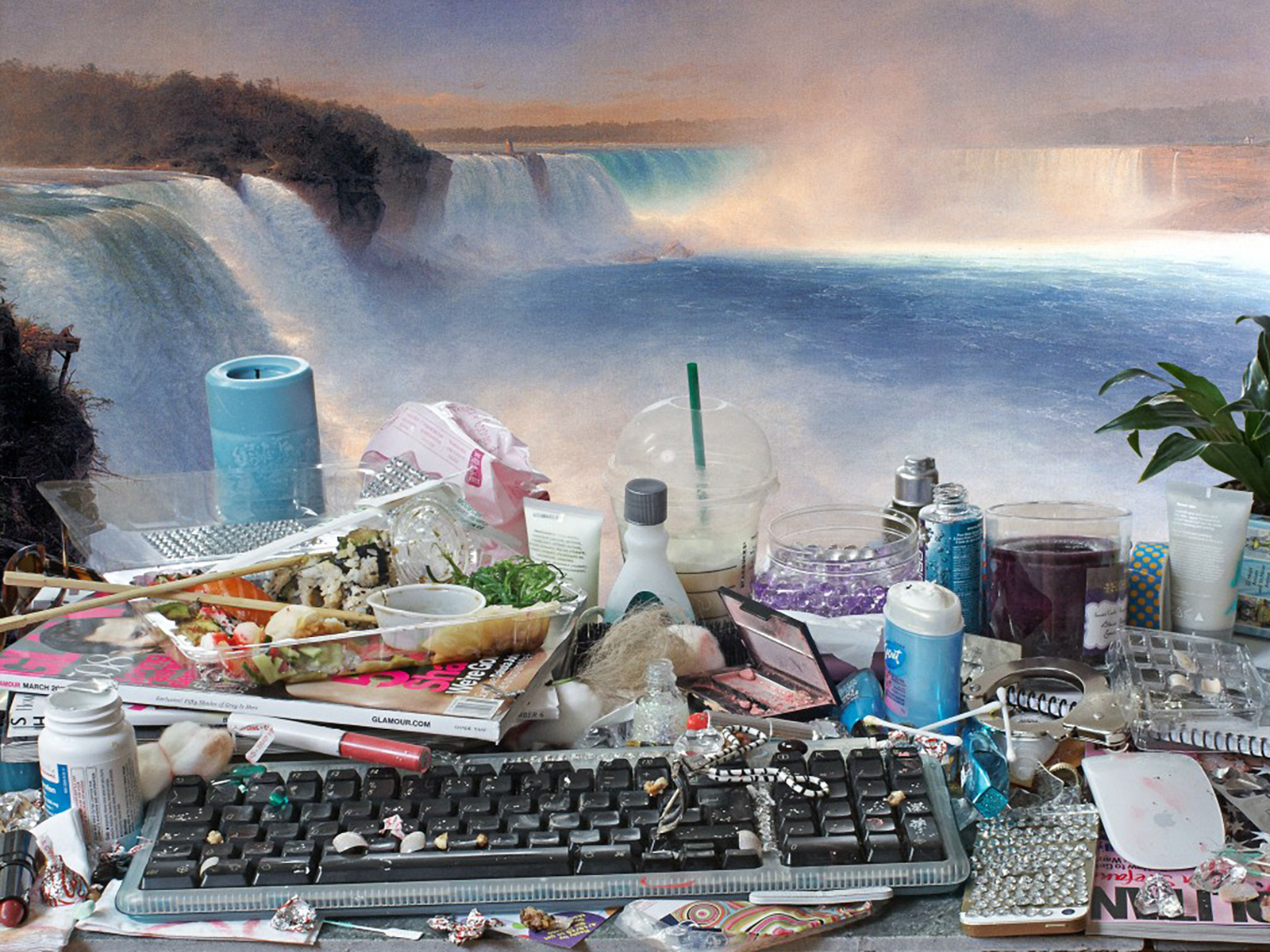 Jon Rafman: You are standing in an open field (Waterfall), 2015. Image: courtesy of the artist.

ZsSz-M: Do you think new media art can be socially engaged?

NB: Yes, I definitely do. Media artists have a “natural” ability to speak about the present, so media art necessarily resonates with actual concerns. It’s not always the case, of course, but in many ways, most of the time, media art address important issues of our time, be they social, political, ecological, or economic, if perhaps sometimes with a metaphoric or symbolic distance.

The answer to this question also depends on what we mean by being socially engaged… Do we mean that media art is proactive? Reflexive? Both or in between the two? I think that to reflect on problematics of our contemporary world is also a way to be engaged, perhaps a less visible one but as effective as being proactive: ideas can change people’s minds, and this is where everything starts. They can even go further than a more concrete and physical action: they have no frontier, and language today is easily translated. Ideas can definitely go far and lead to the creation of a fundamental work which may last through time. Media art language can convey ideas, perspectives and points of view about our societies which resonate with our ways of approaching realities of the world: as we increasingly interact through our technological devices and are constantly connected, it is important, similarly, to activate and increase our critical abilities toward technologies. To express this critical stance through media art is a way of doing so.

ZsSz-M: Can you tell us a bit more about the history and evolution of the Montréal Elektra Festival and the International Digital Art Biennale?

NB: I had the opportunity, through my ten years of involvement with Elektra, not only to witness but also to contribute to the development of these two entities: the festival and the biennale. Elektra and the BIAN, the International Digital Art Biennale are really two different activities done by the same organization and the same team. While Elektra is an annual festival, with a short format of 4-5 days of performances and programs involving mostly audio and visual proposals, the Biennale is an exhibition lasting one-month (or more) which gathers installations from a large range of media art practices: interactivity, generativity, AI, robotics, electronics, 3D animation, sound, video, etc. But while the Biennale is pretty young – it was first held in 2012 – Elektra has been around now for many years. It was held for the twentieth time this year. Alain Thibault,20 himself an artist and electronic music composer, founded Elektra from a will to give visibility to unclassifiable and less familiar art practices. Back in 1999, media art was way more experimental and more of an outsider art than it is now. Elektra was also intended to facilitate and encourage collaborations between musicians and visual artists to be seen by a larger audience. At the time, what we know as AV (audiovisual) performance, or videomusic artwork, did not have a forum in which to be seen by its potential audiences. So it was partly in response to this need, from the Canadian and the artistic community, that Elektra came to life.